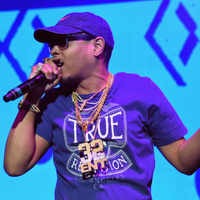 OJ da Juiceman net worth: OJ da Juiceman is an American rapper who has a net worth of $2 million dollars. OJ was born Otis Williams, Jr. in Atlanta, Georgia in November 1981. He lived in the same apartment complex as rapper Gucci Mane. OJ started his own label called 32 Entertainment in 2007 and partnered with Mane who is the CEO of So Icey Entertainment. Under 32 Entertainment OJ released six mixtapes. In April 2008 he was shot eight times but still performed a show in the same week. From the shooting he has a permanent limp. He signed with Asylum Records in 2009 and released The Otha Side of the Trap. He also appeared on tracks by Jadakiss and R. Kelly. OJ's newest mixtape came out in 2013. The same year he got into a Twitter feud with Gucci Mane. His second album The Otis Williams Jr. Story has yet to be released. In 2012 he starred in the independent movie Stuck On Broke. His biggest hit was the 2008 track "Make tha Trap Say Aye" which made it to #13 on the United States Rap chart.