What is Offset's Net Worth?

Offset is an American rapper, singer, and songwriter who has a net worth of $26 million. He is best known for being a member of the hip hop trio Migos along with rappers Quavo and Takeoff.

Kiari Kendrell Cephus, better known by his stage name Offset, was born in Lawrenceville, Georgia, on December 14, 1991. He enjoyed a middle-class upbringing in Gwinnett County, Georgia, along with his bandmates Quavo and Takeoff. They are actually all directly related; Quavo is Offset's cousin, and Takeoff is Offset's cousin once-removed (Quavo is Takeoff's uncle). All three of them grew up listening to music by artists like Outkast, Gucci Mane, Hot Boys, Lil Wayne, and Master P.

Offset, Quavo, and Takeoff founded the hip hop group Migos in 2008. They originally called themselves the Polo Club. After releasing their first mixtape, "Juug Season", in 2011, they first gained notoriety in 2013 for their single "Versace". Migos then released their debut studio album "Yung Rich Nation" in 2015. It reached No. 3 on the US Rap chart, No. 5 on the US R&B/Hip-Hop chart, and No. 17 on the Billboard 200 chart. Their next big hit came in 2017 with the single "Bad and Boujee" (featuring Lil Uzi Vert), which actually became an Internet phenomenon. In particular, Offset's lyrics "rain drop, drop top" spawned many memes. In 2017, Migos also released their second studio album, "Culture", which debuted at No. 1 on the US Billboard 200 chart and was certified platinum by the RIAA. They followed this up with the album "Culture II" in 2018.

In addition to his work with Migos, Offset released a collaborative album with 21 Savage and Metro Boomin, "Without Warning", in 2017. The album features appearances from artists like Travis Scott and Quavo, and peaked at No. 4 on the US Billboard 200 chart. In February 2019, Offset released his first solo album, "Father of 4". It was released by Motown and Quality Control Music, and features artists like J. Cole, Cardi B, Big Rube, Gunna, CeeLo Green, and Gucci Mane. "Father of 4" debuted at No. 4 on the US Billboard 200, and was generally well received by both critics and the public. He is the last member of Migos to release a solo album; Quavo and Takeoff both released their debut solo albums in 2018.

Business Ventures and Other Work

In addition to his music work, Offset has appeared in advertising campaigns for fashion designers and brands like Gosha Rubchinskiy, Bryce Barnes, and Lavati. He also appeared alongside the other members of Migos in an episode of the television series "Atlanta" in 2016. In 2020, he debuted a new show with Quibi titled "SKRRT with Offset", which follows him as he drives around with other celebrities in fancy, expensive cars.

In August 2019, Offset was announced as a new investor in the Esports organization FaZe Clan, although the nature and amount of the investment was undisclosed. He has since appeared in two FaZe Clan videos on YouTube. 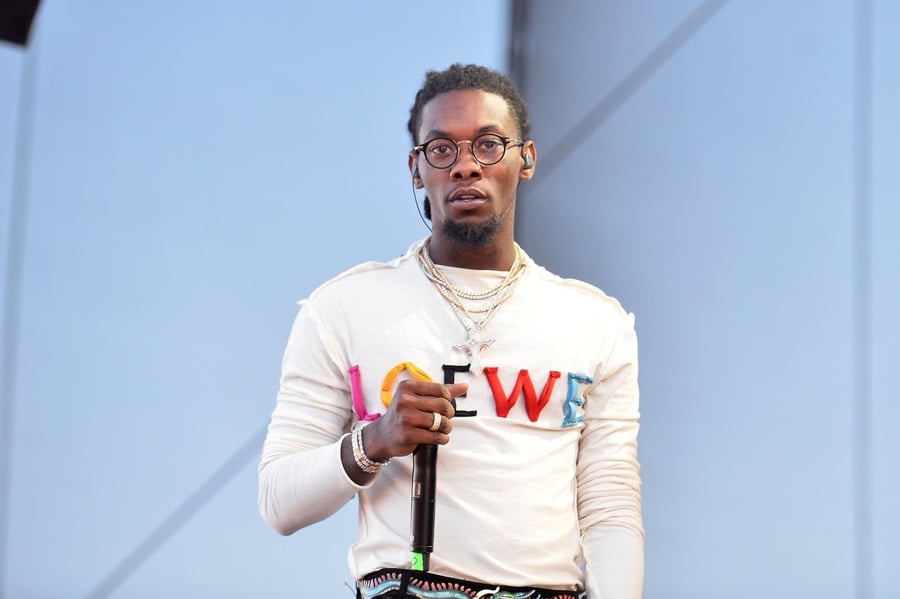 Offset began dating fellow American rapper Cardi B in 2017. They secretly got married in Georgia in September 2017, but do not announce it publicly—their marriage date was only revealed in June 2018, after celebrity gossip site TMZ tracked down their wedding certificate. Despite already being married, Offset publicly proposed to Cardi during a live performance in Philadelphia, Pennsylvania, on October 27, 2017. In April 2018, Cardi announced to the world during an appearance on the television show "Saturday Night Live" that she and Offset were expecting their first child together. Their daughter, Kulture Kiari Cephus, was born on July 10, 2018. Offset has three other children, sons Jordan and Kody, and daughter Kalea, from early relationships. Offset and Cardi have had a tumultuous on-and-off relationship, fueled by rumors of infidelity by Offset.

Offset is no stranger to run-ins with the law, and previously received felony convictions for burglary and theft. Following a violation of his probation for said felonies, he was incarcerated in DeKalb County Jail, Georgia, in 2013. Then, in 2015, Offset was arrested along with Quavo and Takeoff at a Migos concert at Georgia Southern University. He was charged with possession of an unspecified Schedule II narcotic, possession of marijuana, possession of a firearm in a school safety zone, and possession of a firearm during the commission of a crime. Then, while he was still in custody, Offset was charged with battery and inciting a riot within a penal facility, following events where he attacked another inmate. He was released in December 2015 after spending eight months in custody, after accepting an Alford plea deal that would drop the gun, drug, and gang-related charges against him in exchange for his pleasing guilty to inciting a riot, and paying a $1,000 fine, serving five years of probation. Another stipulation of his plea deal was agreeing to being banished from Bulloch, Effingham, Jenkins, and Screven counties in Georgia.

In December 2019 it was revealed that Cardi B and Offset had purchased a home outside of Atlanta for $5.5 million. The 22,000 square-foot home has 5 bedrooms and 11 bathrooms and sits on just under six acres. In 2017 the house was listed for $10 million. Here's a video tour of the property:

Between September 2017 and September 2018, Migos earned a combined $25 million. It's presumable that Offset's cut of those gross earnings was around $8 million. That number was produced thanks largely to a grueling tour schedule that saw the group perform 93 shows in a 12 month period. They are also one of the most popular streaming acts on the planet with 4 billion streams in the same time period. Between September 2018 and September 2019, they earned $36 million.

On September 15, 2020 Cardi B filed for divorce from Offset. In the divorce filing Cardi requested primary physical custody of their daughter Kulture, child support and an equitable division of assets because there was apparently no pre-nup. They were already separated at the time of the filing. 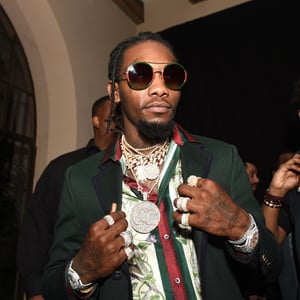