How much is Oddisee Worth?

Oddisee net worth: Oddisee is an American rapper and producer who has a net worth of $2 million. Oddisee was born in Washington, D.C. in February 1985. He released his debut studio album 101 in 2008. Oddisee released the albums Mental Liberation in 2009, New Money (with Trek Life) in 2009, In the Ruff (with YU and Uptown XO, as Diamond District) in 2009, Traveling Man in 2010, People Hear What They See in 2012, The Beauty in All in 2013, Tangible Dream in 2013, March on Washington (with YU and Uptown XO, as Diamond District) in 2014, The Good Fight in 2015, The Iceberg in 2017. He has also released several mixtapes and EPs. Oddisee has collaborated with several artists including DJ Jazzy Jeff, The Foreign Exchange, Kenn Starr, SoulStice, Marco Polo, J-Live, Eric Lau, 20syl, No Wyld, Verbal Kent, Georgia Anne Muldrow & Declaime, Homeboy Sandman, Substantial, Rainy Milo, and Joey Badass. 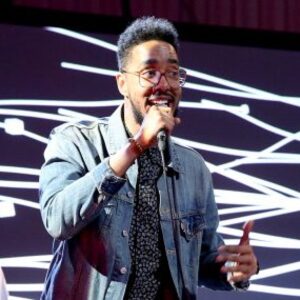