Obie Trice net worth: Obie Trice is an American rapper and songwriter who has a net worth of $3 million dollars. He is most-famous for his association with Eminem during the early 2000s.

Obie Trice was born November 14, 1977 in Detroit, Michigan. Trice was officially signed to Shady Records in 2000. He sang/rapped on the soundtrack for the movie 8 Mile, starring Eminem, as well as in the film itself as a rapper in a parking lot. Trice's debut album, Cheers, was released in September of 2003 and the first single was well received on radio in several countries. The single peaked at #54 on the Billboard Hot 100 and #8 in the United Kingdom in that same year. The album also featured rapper favorites Busta Rhymes, Eminem, 50 Cent, Lloyd Banks, Dr. Dre, Nate Dogg, D12, Tony Yayo and Timbaland and was certified platinum by the RIAA (Recording Industry Association of America).

In 2010, Trice launched his own record label, Black Market Entertainment, aimed at creating quality employment opportunities in the entertainment industry for Metro-Detroiters. On New Year's Eve of 2005, Trice was shot twice while driving with his girlfriend on the Lodge Expressway near Wyoming Avenue in Detroit, Michigan. One of the bullets entered his head, but he was able to get off of the expressway, where his girlfriend managed to wave down the police. Because it was deemed by the hospital too dangerous to remove the bullet from his head, the bullet remains lodged in his skull. 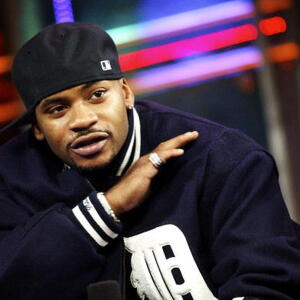