NLE Choppa net worth: NLE Choppa is an American rapper and songwriter who has a net worth of $3 million. Formerly known as YNR Choppa, he is best-known f0or the single "Shotta Flow" which was released in January 2019 and went platinum.

NLE Choppa was born Bryson Lashun Potts in Memphis, Tennessee in November 2002. He began free-styling at 14 years old. After showing interest in becoming a musical artist, his mother began managing his career. She still manages him today.

In February 2018, then going under the rap name YNR Choppa, he released a single "No Love Anthem". In the summer of 2018 he released his debut mixtape "No Love The Takeover" on his own label, No Love Entertainment.

His single "Shotta Flow" reached #14 on the US RB/Hip-Hop chart, #36 on the Billboard Hot 100 chart, and was certified platinum. NLE Choppa has collaborated with artists including Blueface, Bhad Bhabie, Birdman, Juvenile, Smokepurpp, and more. His video for "Free Youngboy" has more than six million views on YouTube. NLE Choppa has released several other singles including "Feeling My Drip", "Redrum", "Drip Creator", "Shotta Flow 2", "Capo", "Birdboy", "Blocc Is Hot", "Drip", "Stick by My Side", "Crooks", "Nolove Anthem", "Cursed Vibes", "Sticks", "Coolin", and "Choppa DaVinci". He was also featured on the songs "Get Like Me", "Dreams", "Double", and "Dance".

As of this writing he has 2.6 million subscribers on YouTube and his channel has generated more than 600 million video views. 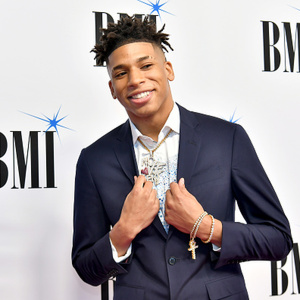