Nipsey Hussle Net Worth: Nipsey Hussle was an American rapper who had a net worth of $8 million dollars at the time of his death. Tragically, Nipsey was murdered on March 31, 2019 outside of his LA clothing store at the age of 33 years old. During his career, Nipsey collaborated with many high-profile artists including Rick Ross, Drake and Snoop Dog.

Early Life: He was born Ermias Asghedom on August 15, 1985 in Los Angeles, California to Angelique Smith and Dawit Asghedom. He was raised in the Crenshaw neighborhood of South Los Angeles with his brother Samuel and his sister Samantha. He attended Alexander Hamilton High School in the Castle Heights neighborhood but dropped out before he graduated. At 14, he left home to join the Crips, a gang primarily based in his neighborhood of Crenshaw. In 2004, when he was 19, Asghedom's father took him and his brother Samuel on a trip to his father's native Eritrea, East Africa for three months. Asghedom credited the trip for inspiring him to become a community activist.

Career: Nipsey Hussle's first independently released mixtape, "Slauson Boy Vol. 1", soon became the name of his own record label. In 2008, after signing with Cinematic Music Group and Epic Records, Hussle released two mixtapes, "Bullets Ain't Got No Name," Vol. 1 and Vol. 2. In 2009, his debut single "Hussle in the House" was released, along with a third mixtape entitled "Bullets Ain't Got No Name, Vol. 3" that same year. His profile began to grow in 2009 when he collaborated with Drake on the song "Killer" and appeared with Snoop Dog and Problem on the song "Upside Down." Nipsey in 2010 decided not to renew his contract with Epic and left the label.

In 2010 he appeared on the song "We Are the World 25" for Haiti. That same year he was chosen as one of XXL Magazine's Annual Freshman Top Ten, a selection of ten up-and-coming artists. Hussle was released from Epic Records in late 2010 and founded his own record label, All Money. In 2013, Hussle announced the release of his new mixtape, "Crenshaw," which would feature guest appearances from Rick Ross, Dom Kennedy, Slim Thug, James Fauntleroy II, Z-Ro, Skeme and Sade, among others.

After many delays, Hussle finally released a major studio album called "Victory Lap" in 2018. It debuted at No. 4 on the Billboard 200 and sold 53,000 units in its first week. The album received wide universal critical acclaim and was nominated for a Grammy for Best Rap Album, but lost out to Cardi B's "Invasion of Privacy." Over a year after its release, the album reached No. 2 on the Billboard 200 in April 2019 after Hussle's murder on March 31. Following his death, his single "Racks in the Middle" featuring Roddy Ricch and Hit-Boy also reached a new peak of No. 44 on the Hot 100. 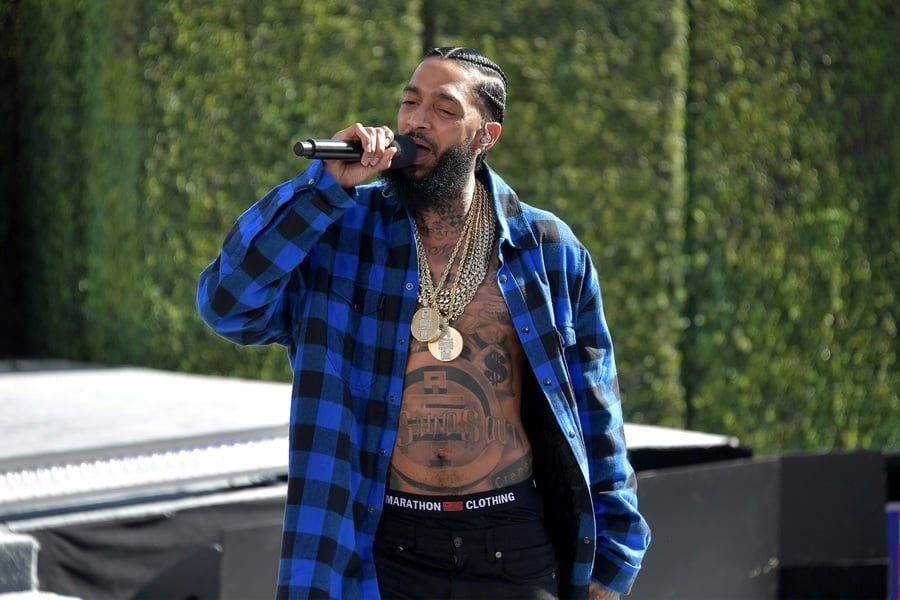 Personal Life and Death: Hussle was focused on giving back to his community, in particular young black men like him. He denounced gun violence through his community work as well as his music. He shared openly about his experiences within gang culture. Hussle funded improvements to schools and spent time with students and started a co-working environment called Vector 90. He believed, from his own experience, that the Crenshaw neighborhood was badly under-served and that young people would benefit from community workspaces. He particularly wanted under-served youths in the area to focus on STEM classes.

Hussle has a daughter named Emani but was not in a relationship with Emani's mother. Nipsey began dating actress Lauren London in 2013. They welcomed a child together in 2016.

Tragically, Nipsey Hussle was shot to death on March 31, 2019 outside of his Los Angeles clothing store. He was 33 years old. He was shot at least ten times in the parking lot of his store Marathon Clothing in South Los Angeles at 3:19 p.m. that day. Eric Ronald Holder Jr., 29, was the suspect arrested on April 2, 2019. His trial was pushed back several times due to the COVID-10 pandemic, and it is set to begin in March 2021. Hussle was laid to rest at the Forest Lawn Memorial Park in Southern California after a well-attended memorial service at the Staples Center in Los Angeles.

Nipsey's estate was strong enough to reject several crowdfunding pages that popped up to support his kids. Nipsey's family politely declined the fundraising efforts, even from fellow celebrities such as Reggie Bush, because his kids are reportedly set for life. Thanks to wise financial planning and trusts set up before his death, Nipsey's children will never need to rely on other people for money. Perhaps most importantly, as we mentioned, Nipsey owned all of his master recordings which could provide a lifetime of income. 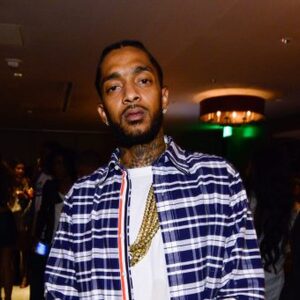