How much is Niatia Lil Mama Kirkland Worth?

Lil Mama Net Worth: Lil Mama is an American hip-hop recording artist who has a net worth of $6 million dollars. Born Niatia Jessica Kirkland on October 4, 1989 in Harlem, New York City, New York, she is most commonly known by her stage name, Lil Mama. Her first solo album VYP (Voice of the Young People), released in 2008, made Billboard placement and spawned the hit single Lip Gloss. Being the third of eight children and the eldest girl resulted in her family nickname 'Lil Mama'. She signed with Jive Records in 2006 and was featured in Dr. Luke's remix of Avril Lavigne's song Girlfriend (2007). She also starred as Lisa "Left Eye" Lope in the VH1 TLC biographical film CrazySexyCool: The TLC Story, alongside Keke Palmer and Drew Sidora. Kirkland has been nominated for two BET Awards, one MTV Award, one MTV Asia Award and five Teen Choice Awards (two of which she won). At the 2009 MTV Video Music Awards she unexpectedly came on stage with Jay-Z and Alicia Keys as they were performing Empire State of Mind. It was during the last verse of the song that Kirkland left her seat in the audience, came onstage and started bobbing her head to the beat. Jay-Z, though surprised, continued to perform. Just prior to this, Beyoncé was seen trying to prevent Kirkland from going on stage, to no avail. 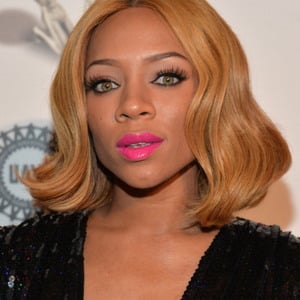