How much is Ne-Yo Worth?

Ne-Yo Net Worth: Ne-Yo is an American pop and R&B singer-songwriter, record producer, dancer and actor who has a net worth of $16 million dollars. Ne-Yo is an award-winning singer, songwriter, producer, dancer, and actor. He has had five songs in the top ten on the Billboard 100 and has had two albums reach #1 on the Billboard 200. Born Shaffer Chimere Smith on October 18, 1982, in Camden, Arkansas, US, he broke into the recording industry as a songwriter. Better known by his stage name Ne-Yo, he first penned the hit "'Let Me Love You" for singer Mario. The single turned out to be successful release in the US and prompted an informal meeting between Ne-Yo and Def Jam's label head, which resulted in signing a recording contract. In 2006, he released his debut album, In My Own Words, which spawned the US #1 hit "So Sick" and the top 10 hit "Sexy Love". 2007 marks the release of his second album, Because of You, which included the US top 3 hit of the same name. His subsequent albums Year of the Gentleman and R.E.D., also brought forth hit singles like "Closer", "Mad", "Miss Independent" and "Let Me Love You (Until You Learn to Love Yourself)". Only the album titled Libra Scale was a commercial disappointment, even though it received critical acclaim from music critics. It was in 2009 that Billboard ranked him as the 57th Artist of the 2000s decade. A greater honor followed in 2012, when Ne-Yo was awarded the Hal David Starlight Award of the Songwriter's Hall of Fame, which honors gifted songwriters who are at an apex in their careers and are making a significant impact in the music industry via their original songs. This comes as no surprise, if we take into account that in less than five years, Ne-Yo has managed to produce three No.1 albums, sell more than 10 million copies worldwide and collaborate with everyone from Michael Jackson to Tim McGraw. 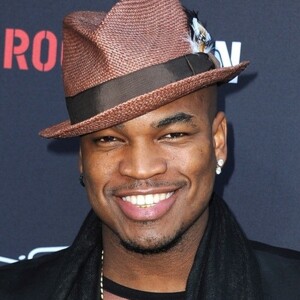