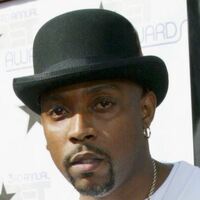 What was Nate Dogg's Net Worth?

Nate Dogg was an American singer/rapper and actor who had a net worth of $500 thousand at the time of his death. Although Nate Dogg achieved considerable heights as a solo artist, he was probably best known for his collaborations with other artists. He provided guest vocals for some of the biggest rap songs during the 90s and mid-to-late 2000s, frequently working with greats such as Snoop Dogg, Dr. Dre, Eminem, and many others. During his peak, Nate was known as the "King of Hooks."

Initially, Nate Dogg started his career by joining the rap group 213 alongside Snoop Dogg and Warren G. He eventually became one of the most celebrated figures in the West Coast hip-hop scene, charting 16 times on the Billboard Hot 100. Some of his most well-known features came with hits like Dr. Dre's "The Next Episode," and 50 Cent's "21 Questions." Outside of collaborations such as these, Nate released three solo studio albums and a number of singles, primarily during the 1990s.

Nathaniel Dwayne Hale was born on August 19th of 1969 in Long Beach, California. He honed his vocal skills as a young boy by singing with a local choir. His father also served as a pastor. During his youth, he met Warren G and Snoop Dogg. At the age of 17, Nate Dogg dropped out of high school and enlisted in the Marines. He spent three years as an ammunition specialist before he was discharged in 1989.

Throughout his career and life, Hale has struggled with a number of legal issues. An early incident of note occurred in 1991, when he was charged with the robbery of a Check Changers shop. Another robbery charge followed involving a Taco Bell in San Pedro. However, Hale was acquitted on both of these charges. In 1996, he received a conviction for a drug offense in Los Angeles County.

Four years later in 2000, Nate was charged with kidnapping, domestic violence, terrorist threats, and arson. These charges stemmed from an incident that involved his former girlfriend and her mother, which led to Hale setting fire to the mother's car and assaulting the former girlfriend. Fortunately for Hale, Dr. Dre stepped in and posted a $1 million bond. Eventually, the charges were dismissed, although he pleaded no contest to illegal gun possession. Since Hale is a felon, he is not allowed to own a firearm. For this violation, Nate received a $1,000 fine and three years of probation. 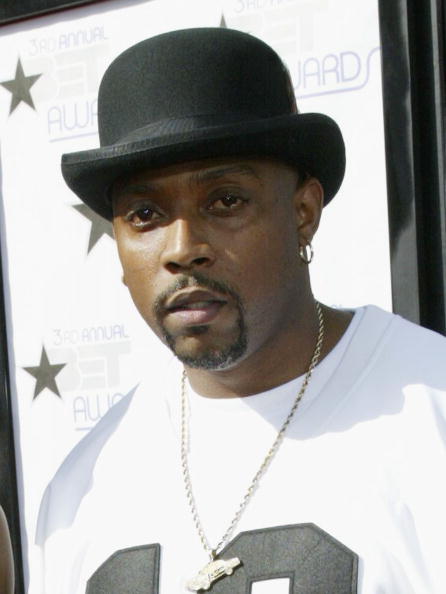 Two years later in 2002, Hale was found on a tour bus with four ounces of marijuana and two pistols. He was booked by police in Arizona and released on a $3,500 bond. Later, the weapons charges were dropped while he pleaded guilty to possession of marijuana. As a result, Hale was sentenced to drug counseling, probation, and community service.

Four years later in 2006, Nate was charged with misdemeanor aggravated trespassing, telephone harassment, battery assault, dissuading a witness from reporting a crime, and breaking a restraining order. This all stemmed from a domestic violence incident with his significant other at the time. As a result of these charges, Hale lost his gun ownership rights for 10 years. He also received three years of probation and was ordered to undergo a domestic violence education program.

Two years later in 2008, Hale allegedly threatened his estranged wife via email. He was also accused of chasing her down Interstate 405. This resulted in two felony counts of criminal threats and one count of stalking. In addition, he was convicted of driving under the influence of drugs. However, Nate pleaded not guilty and his estranged wife failed to contact prosecutors. This means that the charges were dropped.

As early as 2007, Nate was starting to experience considerable health issues. This was the year he suffered a serious stroke which resulted in the left side of his body becoming weakened. However, his voice and general cognition were unaffected, and he was expected to make a full recovery after completing rehabilitation. Unfortunately, Hale suffered a second stroke in 2008, sparking a decline that led to his eventual death in 2011. By the age of 41, he had suffered multiple strokes, and these had led to complications. These complications are reported to have caused his death, although doctors also believe that a significant cause of death was congestive heart failure.

In 2014, it was reported that a major legal battle had erupted over the sale of one of Nate's properties. At first, the estate's administrator agreed to sell the home for $340,000. However, some of his family members were reportedly trying to stop the deal, as the administrator was planning to use the resulting funds to pay off Dogg's debts. Obviously, this would leave them with fewer funds themselves.

In his original will, Nate stated that his six kids would receive his family home. However, it was later revealed that he had fallen behind on his mortgage payments, and that the home would have to be liquidated in order to pay off these debts. A judge was then required to make the final decision on whether or not the sale could be allowed to continue. This was the latest in a string of disputes over Dogg's estate, and Nate's children were involved in considerable squabbling with the rapper's mother.