What is Mystikal's net worth?

Mystikal is an American rapper and actor who has a net worth of $2 million. Mystikal's albums include "Mind of Mystikal," "Unpredictable," and "Ghetto Fabulous," the latter two of which peaked in the top five of the Billboard 200 and became certified Platinum. His fourth album, "Let's Get Ready," was his most commercially successful, reaching number one on the Billboard charts and spawning the hit singles "Shake Ya Ass" and "Danger (Been So Long)." Having had many run-ins with the law, Mystikal was incarcerated on sexual battery and extortion charges from 2004 to 2010.

Mystikal, whose real name is Michael Lawrence Tyler, was born in 1970 in New Orleans, Louisiana. As a teen, he went to Cohen High School; subsequently, he joined the US Army as a combat engineer. An aspiring rapper, Tyler opened for Run-D.M.C. and Doug E. Fresh at an outdoor concert held at the Treme Center. In the audience was Big Boy Records house producer Leroy Edwards, who granted Tyler a contract.

In 1994, Tyler released his debut album, "Mystikal," which became one of the most successful albums on the Big Boy Records label. A re-release of the album, entitled "Mind of Mystikal," was released in 1995; it featured the diss tracks "Here I Go" and "Beware," which were recorded in retaliation against rival rappers including B.G. and Lil Wayne.

No Limit Records and Commercial Success

After signing to No Limit Records in 1996, Mystikal released the album "Unpredictable" in November of 1997. A massive success, it reached number three on the Billboard 200 and number one on the Top R&B/Hip-Hop Albums chart. The album also spawned the singles "Ain't No Limit" and "The Man Right Chea." Mystikal had further success in 1998 with the release of "Ghetto Fabulous," which sold 386,000 copies in its first week of release and ended up going Platinum. Beyond his own albums for No Limit Records, Mystikal appeared on many of the label's releases between 1997 and 2000.

In 2000, Mystikal had his biggest commercial success with his fourth album, "Let's Get Ready." Debuting at number one on the Billboard 200, it became Mystikal's only chart-topping album to date. Among its hit singles were "Danger (Been So Long)," featuring pop star Nivea, and the Neptunes-produced "Shake Ya Ass." The following year, Mystikal released "Tarantula," which spawned the hit single "Bouncin' Back (Bumpin' Me Against the Wall)." Well reviewed by critics, "Tarantula" earned a Grammy Award nomination for Best Rap Album in 2003, while Mystikal himself was nominated for Best Male Rap Solo Performance. Around this time, he was featured on Ludacris' single "Move Bitch" and on Lil Jon & the East Side Boyz' "I Don't Give a Fuck." 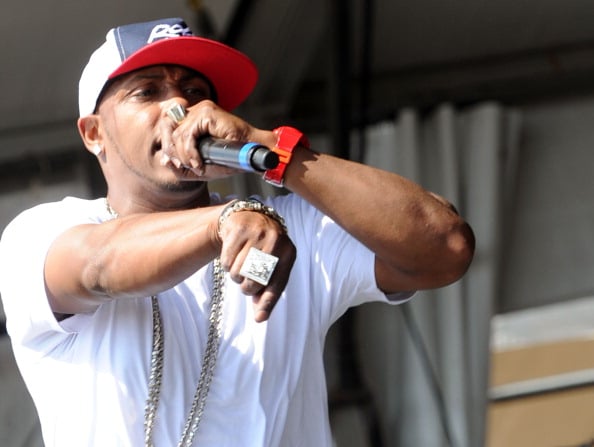 On Mardi Gras in 2010, Mystikal headlined a concert at the Mahalia Jackson Theater of the Performing Arts. Later, he released an underground track called "I Don't Like You," and was featured on "Set Me Free" by R&B artist Lloyd. Among Mystikal's other credits are the song "Papercuts," featuring Fiend and Lil Wayne; "Original," his first single for the Cash Money Records label; and "Feel Right," which was recorded for Mark Ronson's album "Uptown Special." In 2016, Mystikal was featured on Trinidad James' song "Just a Lil' Thick (She Juicy)," with rapper Lil Dicky.

Mystikal was indicted on charges of sexual battery and extortion in 2003. In early 2004, after pleading guilty to assaulting his hairstylist and forcing her to perform sex acts, he was sentenced to six years in state prison. His bodyguards, Vercy Carter and Leland Ellis, also pleaded guilty to the charge. Previously, Mystikal had two prior arrests for drug and gun possession.

While imprisoned in the summer of 2005, Mystikal was further charged with two misdemeanor accounts of failing to file tax returns in both 1998 and 1999. He was consequently convicted in federal court, but was permitted to serve his one-year federal sentence concurrently with his six-year state sentence. In January of 2006, Mystikal was denied parole; one year later, he was released from custody on the federal tax convictions, but remained in custody on his Louisiana state felony convictions. Mystikal was released in January of 2010 and was registered as a sex offender.

In February of 2012, Mystikal was again arrested after a dispute with a domestic partner, and was issued a misdemeanor charge of domestic abuse battery. After being detained for nine days and released on bail, he was given a three-month prison sentence for violating the terms of his probation back in 2010. Later, in the summer of 2017, Mystikal turned himself in to the Caddo Parish Sheriff's Department, which had a warrant out for his arrest. Charged with rape, he was held at the Caddo Correctional Center on a $3 million bond, which he posted in 2019. The next year, the rape charges were dismissed on a lack of evidence. 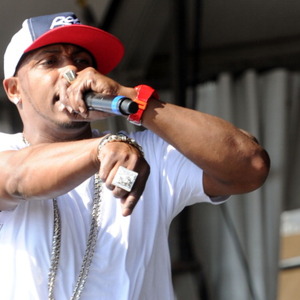