MURS net worth: MURS is an American rapper who has a net worth of $1 million. MURS was born in South Central, Los Angeles, California in March 1978. He was a member of hip hop groups including Living Legends and is a member of the group 3 Melancholy Gypsys. MURS set a Guinness World Record when he rapped 24 hours non-stop in 2016.

His debut studio album F'Real was released in 1997. MURS released the albums Good Music in 1999, Murs Rules the World in 2000, Murs Is My Best Friend in 2001, The End of the Beginning in 2003, Murs for President in 2008, Love & Rockets, Volume 1: The Transformation in 2011, and Yumiko: Curse of the Merch Girl in 2012. His album Have a Nice Life was released in 2015 and reached #6 on the US Rap chart. MURS released the album Captain California in 2017. He has also released albums with the Netherworlds, 9th Wonder, Terrace Martin, Fashawn, and The White Mandingos. 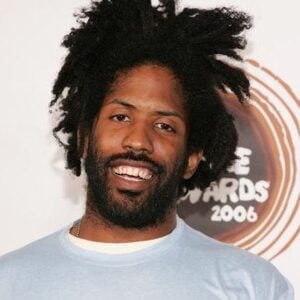