What is Murphy Lee's Net Worth?

Murphy Lee is an American rapper who has a net worth of $1.5 million. Murphy Lee is best known for being a member of the hip hop group, St. Lunatics, and as chief executive of his own record company, U C Me, as well as his performance with other artists, such as Nelly, P Diddy and Jermaine Dupri.

The Lunatics had a hard time getting a record deal until associated member Nelly was signed as a solo act. Lee was featured on Nelly's 2000 album "Country Grammar," before the St. Lunatic's debut "Free City" was released in 2001. Murphy's solo album "Murphy's Law" was released in 2003. The album was certified platinum and reached #8 on the Billboard 200 chart. His biggest solo single what was "Wat Da Hook Gon Be," which featured Jermaine Dupri, reached #6 on the Billboard Hot Rap charts. Lee released more material that was only available on his website from 2006 to 2009. Murphy won a Grammy Award in 2004 for Best Rap Performance by a Duo or Group for the song "Shake Ya Tailfeather" with Nelly and P. Diddy. Tailfeather and "Air Force Ones" (Nelly with Lee, Ali, & Kyjuan) both reached #1 on the Rap charts. Lee is the CEO of his record label UCME Entertainment which put out his 2009 album "You See Me" that was available through his website.

Murphy Lee, born Torhi Harper, was born on December 18, 1983 in St. Louis, Missouri. He was raised by his single mother in the University City neighborhood of St. Louis. He grew up in with his brothers and sisters and attended school University City High School He enjoyed listening to rap and hip-hop music from a young age. He started rapping with friends in school. Some of his childhood friends included Nelly and City Spud.

Along with friends Nelly, City Spud, Ali, and Slo Down, Lee formed the hip-hop group St. Lunatics. The group also features Lee's brother, Kyjuan. Their first local independent hit was the track "Gimme What U Got," released in 1996. The group was signed to Universal Records in 2000. Helped by Nelly's breakthrough solo success, the group released their debut album, "Free City," in 2000, inspired in part by the fact that City Spud has recently been sentenced to ten years in prison for robbery. The album became a commercial success and was certified Platinum in the United States and Gold in Canada.

Lee also was working on his own solo music. He released his solo album, "Murphy's Law," in 2003. The album peaked at number 8 on the Billboard 200 music chart in October. It went on to be certified gold in the United States. It featured a single, "Shake Your Tailfeather," which featured Nelly and P. Diddy. The song appeared on the soundtrack for the film "Bad Boys II" and went on to win a Grammy Award. He later launched his own label called UC ME Entertainment. 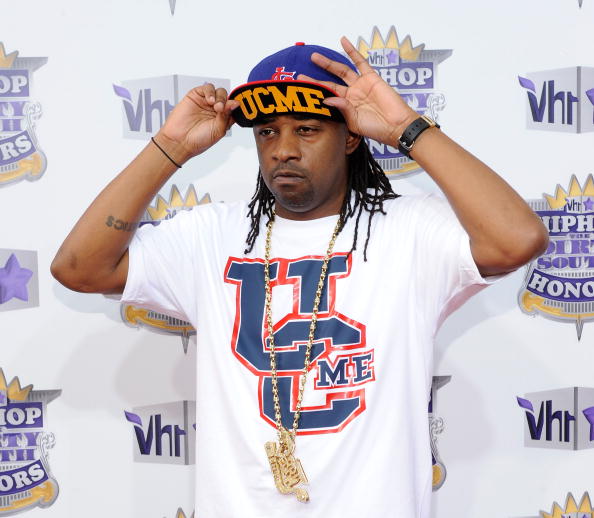 In 2009, Lee began working with St. Lunatics again and the group was reportedly working on a new album, "City Free." However, the album was never released though two songs, "St. Lunatics" and "Get Low 2 Da Flo" were released that year. Two official singles were also released from the album – "Money Talks" and "Polo."

Outside of his music career, Lee also became the owner of the Good For You Café in St. Louis in 2006. The café specializes in vegetarian dishes, as well as a number of other foods. The success of the restaurant allowed Lee to later open a second location.

Lee also continues running his record label, UC ME Entertainment. He releases his own new music on the label and also has signed a number of other artists to the label. Some of these artists included Da Camp, Zee, Potzee, and Quor O3. In 2015, he made a collaboration album with producer Jay-E, which featured singles "Vibes" and "B.M.W."

Lee has always kept his personal life quite private. However, he is known to be married to fellow singer and performer, Seviin Li. The couple have a daughter together named Essence Lee.

In 2018, Lee announced a move from St. Louis to Atlanta, Georgia in order to pursue more work in television and film. His brother, Kyjuan, joined him on the move down south.