Murda Mook net worth: Murda Mook is an American rapper who has a net worth of $250 thousand dollars. Murda Mook is known for being part of the rap battle scene. Mook is from Harlem, New York. He was a basketball star in high school and received a scholarship to Elms College in Massachusetts.

He started writing and developing his own rap lyrics and style and competing in rap battles on the East coast. Mook was signed to the Ruff Ryder label in 2009. He has been called the "King of Battle Rap" and was part of the Fuse Network's reality TV series Road to Total Slaughter. Mook was part of the SMACK/URL rap battle league and also a part of Fight Klub. Although he retired from battle rapping he made a special appearance against Iron Solomon in 2012 for $20,000. 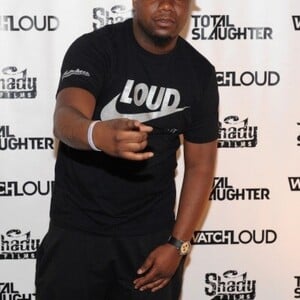