Montell Jordan Net Worth: Montell Jordan is an American former rapper, songwriter, and producer who has a net worth of $500,000. He is probably best known for his 1995 single, "This Is How We Do It." He worked heavily with Def Jam Records over the years, at one point becoming the primary male solo artist on the imprint Def Soul. However, he eventually left the music industry in 2010 in order to focus on his activities as a born-again Christian. Jordan is now the worship leader at World Victory Church in Georgia.

Early Life: Montell Du'Sean Barnett was born on December 3rd of 1968 in Los Angeles, California. Raised by two deacons in a Baptist family in South Central, Montell grew up playing piano at his local church. After attending high school in Gardena, Jordan enrolled at Pepperdine University in Malibu. During his college years, he became a member of a fraternity and studied communications. He eventually earned a bachelor's degree and graduated in 1991.

Career: After leaving college, Montell was hired by Williams Television Time, where he helped create various infomercials. However, he was still intent on a future career as a musician at this point. He invited his coworkers to watch him perform, and Janet Jackson and Shanice Wilson attended the show by chance. He then distributed his mixtape, met with Russell Simmons, and signed a contract with Def Jam in 1995. He was the second R&B artist to sign with the label.

In 1995, Jordan released "This Is How We Do It," a track that reached the number-one spot on the charts and remained there for seven consecutive weeks. Thanks to the success of this single, Montell's debut album sold over a million copies and achieved platinum status. On the heels of this achievement, Montell toured with artists like Boys II Men. It was during one performance that he fell seven feet from the stage, suffering no injuries in what he later described as a "miracle."

Far from being a one-hit-wonder, Jordan followed up with tracks like "Somethin' 4 da Honeyz," "Let's Ride," and "I Like." However, these tracks were nowhere near as successful as "This Is How We Do It." "Get It On Tonite" came close though, and this track peaked at number four on the charts in 1999. During this period, he also wrote and produced tracks for a number of other artists, including Christina Milian, 98 Degrees, Shae Jones, and many others. He also explored various acting opportunities in movies like "The Fighting Temptations," "The Nutty Professor," and others

By 2003, Jordan had left Def Soul. He later stated that he and the label's executives had strong "artistic differences," especially in regards to his image. He opted for a new record contract with Koch Records instead, and quickly released the album "Life After Def." However, this would prove to be the beginning of the end for Montell's music career. He would release just one more track before his disappearance from the music world, and this was "Let It Rain" in 2008. This was released by Fontana Records.

That being said, Montell continued to make sporadic live appearances, and he performed at various halftime shows. He also appeared on "The Late Late Show with James Corden," performing "This Is How We Do It" once again. By 2019, Jordan had announced that he was returning with another R&B album. Later that year, he revealed that this new album was entitled "The Masterpiece." 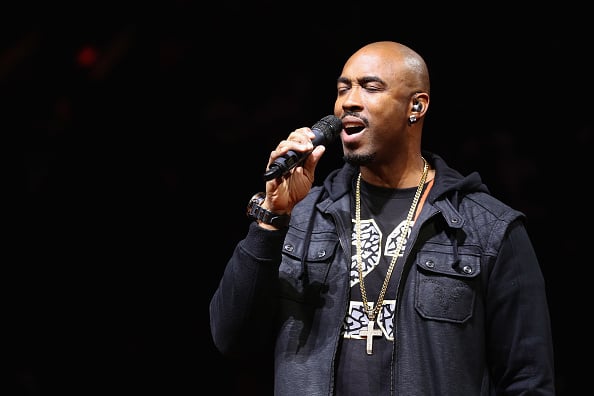 Ministry Career: After leaving the music industry, Montell focused on his career as a minister. Following in his parents' footsteps, he embarked on a new challenge and joined a church team called Victory World Music. This had led to significant conflicts with his music career. At one point, Montell claims to have received a message from God while fasting at the Victory World Church in 2010.

God apparently told him to quit the music industry altogether, and this is when he chose to dedicate his life entirely to his faith. However, Victory World Music went on to release their own album, which featured a song called "Shake Heaven" with Beckah Shae.

Relationships: Even before entered the music industry, Montell Jordan was married to Kristin Hudson. This proved to be a bit of an issue for Jordan, as Def Jam Records was intent on marketing him as a sex symbol. His status as a single man was important to this image, and the record label even encouraged him to say things like "I'm married to the music" whenever asked about his relationship status. This also proved to be one of the main reasons behind Jordan's eventual split from Def Jam Records, as he wanted to leave this image behind and pursue a more mature public persona.

Other Ventures: Montell and his wife now offer a "marriage bundle" that is designed to help spouses build a "deeper more connected love" with each other. Couples who purchase this bundle can pursue an eight-week program that includes DVDs, books, and workbooks.

Financial Issues: Montell Jordan has struggled with a number of financial issues over the years. In 2012, it was reported that the IRS was seeking $627,000 in back taxes. These taxes were allegedly unpaid during a period between 1999 and 2001. The IRS had previously filed a lien against Jordan for these payments back in 2004, but he neglected to pay the outstanding sum. In the face of these reports, there was widespread speculation that Montell would be forced to re-enter the music industry in order to pay his debts. He previously announced his retirement from music in order to focus on his spirituality. 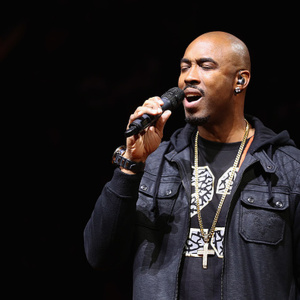