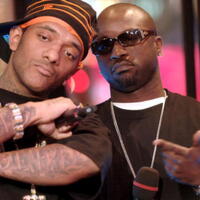 Mobb Deep net worth: Mobb Deep is an American hip hop duo that has a net worth of $10 million Mobb Deep consists of Havoc (Kejuan Muchita) and Prodigy (Albert Johnson). The pair met in high school in New York City. They were originally called the Poetical Prophets. Prodigy was featured on the Boyz In The Hood soundtrack at 15 years old. In 1993 they released their debut album Juvenile Hell. Their second album The Infamous was released in 1995. Their hit "Shook Ones Pt. II" was critically acclaimed. The group made their way to the top of the hardcore hip hop scene. Their album Hell on Earth in 1996 debuted at #6 on the Billboard Album Chart and featured Method Man and Raekwon from the Wu Tang Clan. Their 1999 album Murda Muzik debuted at #3 on the Billboard 200 and was certified Platinum. They have been involved in an east coast vs. west coast hip hop feud. In 2012 Mobb Deep broke up but later reunited. Havoc and Prodigy recently celebrated their 20th anniversary tour. They have released eight albums including their latest The Infamous Mobb Deep in 2014. They have sold over three million records. Tragically, Prodigy died in June 2017 at the age of 42 after suffering from complications due to sickle cell anemia.