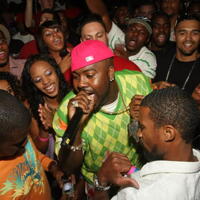 Mistah Fab net worth: Mistah Fab is an American rapper, singer-songwriter, record producer, activist, and entrepreneur who has a net worth of $2 million. Mistah Fab was born in North Oakland, California in January 1982. Mistah Fab stands for "Money Is Something to Always Have – FaEva Afta Bread". His debut album Nig-Latin was released in 2003. Mistah Fab went on to release the albums Son of a Pimp in 2005, Da Baydestrian in 2007, I Found My Backpack 2: The Lost Notebook in 2011, Da Yellow Bus Rydah in 2012, and Face Off with I-Rocc in 2012. His career started when he was discovered by Jazzy Jim and Gary Archer and Fab was part of the San Francisco Bay Area Hyphy Movement. He was the pursuit of a bidding war between record labels and signed with Atlantic Records before he decided to launch his own label Faeva Afta Music. He is famous for being a successful battle rapper. As a songwriter and recorded producer Fab has worked with artists such as Too $hort, Snoop Dogg, Chris Brown, E-40, and B.o.B. He co-wrote the song "Loyal" by Chris Brown which was named Best Hip Hop Song of the Year at the 2014 Soul Train Awards.