Mike Stud Net Worth: Mike Stud is an American hip hop recording artist who has a net worth of $1.6 million. Mike Stud was born in Providence, Rhode Island in October 1988. Stud lettered in basketball and baseball in high school and was named Rhode Island's 2006 Gatorade Player of the Year.

He played baseball at Duke university and was named to the Louisville Slugger and Rivals.com Freshman All-American teams. He suffered an arm injury that needed Tommy John Surgery and played his senior year at Georgetown University. In 2010 he released a music video for the song "College Humor". As of April 2016 the video was viewed almost 1.8 million times. He followed this up with his hit single "In This Life" which featured West Coast rapper Loggy. The video has been watched over 2.1 million times. His remix of Justin Bieber's "Boyfriend" had another 1.6 million views and his 2012 video "Happy Ending" had a million views. The three hits were included on his first Mixtape A Toast to Tommy which was released in 2011. Stud's mixtape hit #2 on the US iTunes Hip-Hop Albums chart and #3 worldwide. All together his videos have been viewed more than 58 million times on his YouTube channel. He released his debut studio album Relief in 2013 and the album hit #1 on the iTunes Hip-Hop albums sales chart within hours. His remix of "Gas Pedal" by Sage the Gemini has been viewed more than 3 million times. He released his third studio album Closer in July 2014 and a fourth album These Days in 2016. In 2016 he starred in the reality TV series This Is Mike Stud. 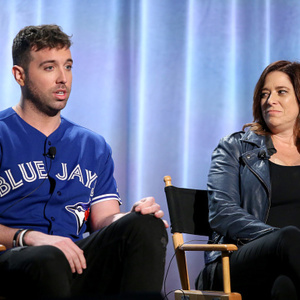