What is Mike Posner's Net Worth?

Mike Posner is an American singer, songwriter, poet, and producer who has a net worth of $10 million. Posner burst onto the music scene during the summer of 2010 with the release of his debut album, "31 Minutes to Takeoff." His first single, "Cooler Than Me," went Platinum in the U.S., Australia, and New Zealand and reached #6 on the "Billboard" Hot 100 chart. Mike followed his successful debut with the albums "At Night, Alone." (2016), "A Real Good Kid" (2019), and "Operation: Wake Up" (2020). He is also a member of the alternative hip-hop duo Mansionz and has produced or written songs for Pharrell Williams, 2 Chainz, Wiz Khalifa, TI, Nelly, Snoop Dogg, and Justin Bieber. In 2015, Posner released the hit single "I Took a Pill in Ibiza," which earned him a Grammy nomination and went 6× Platinum in the U.S. Mike released the poetry book "Tear Drops & Balloons" in 2017.

Mike Posner was born Michael Robert Henrion Posner on February 12, 1988, in Detroit, Michigan. He grew up in Southfield, Michigan, with mother Roberta, father Jon (a criminal defense lawyer), and older sister Emily. Sadly, Jon passed away in 2017 after a battle with brain cancer. Mike attended Bingham Farms Elementary School, Berkshire Middle School, and Groves High School, where he was a member of the cross-country and track teams. After graduating from high school, Posner enrolled at Duke University, where he joined the Sigma Nu fraternity and earned a B.A. in Sociology. As a high school student, he produced the mixtape "Reflections of a Lost Teen." Mike said of the mixtape, "I sold it out of the trunk of my car. This was before I sang. I only rapped. No one has ever really heard it except my schoolmates."

Posner started his career as a record producer and worked on tracks with rapper Big Sean, a friend from his hometown. He produced Big Sean's first mixtape and performed on the track "Yagum," and he released his own mixtape, "A Matter of Time," in early 2009. Mike recorded "A Matter of Time" at Duke University and released it for free on iTunes U, which was meant for educational content, and it reached #1 on the iTunes U chart. In July 2009, he signed with J Records, and since he was still in college, he attended classes during the week and limited touring to the weekends. In the fall of 2009, Posner released the mixtape "One Foot Out the Door" as well as a web series of the same name." His debut studio album, "31 Minutes to Takeoff," was released on August 10, 2010, and reached #8 on the "Billboard" 200 chart. The album included the singles "Cooler than Me," "Please Don't Go," and "Bow Chicka Wow Wow" (featuring Lil Wayne), which were all certified Platinum in the U.S.

Posner released the mixtape "The Layover" in November 2011, and after struggling with depression and discomfort with being in the spotlight, he took a break from making his second album. Mike spent some time writing and producing songs for other artists, such as Justin Bieber ("Boyfriend") and Maroon 5 ("Sugar"), then released the single "The Way It Used To Be" in June 2013, followed by the single and music video "Top of the World" (featuring Big Sean) in December. He embarked on the "Unplugged" tour in March 2014, and he released the single "I Took a Pill in Ibiza" on his Vevo account in April 2015. After "I Took a Pill in Ibiza" was remixed by the production duo SeeB (Simen Eriksrud and Espen Berg), the song became a massive hit with more than one billion streams on Spotify. The remix cracked the top 10 in 27 countries and was certified Platinum or higher in the U.S., U.K., Australia, Canada, Spain, Italy, and several other countries. Posner released the remix EP "The Truth" in December 2015, followed by his long-delayed second album, "At Night, Alone.," in May 2016. The album reached #12 on the "Billboard" 200 and featured the singles "I Took a Pill in Ibiza" and "Be As You Are." 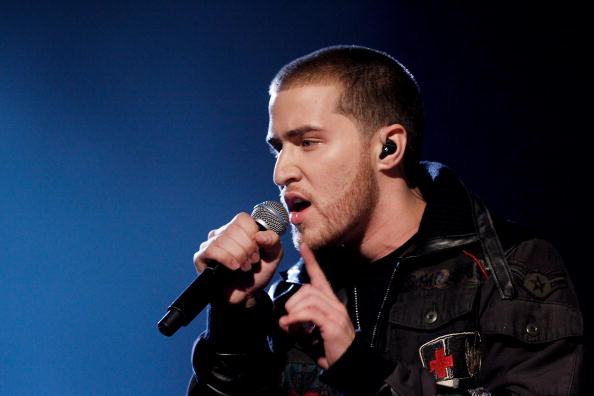 In 2017, Mike teamed up with Matthew Musto (aka blackbear) for Mansionz, releasing a self-titled studio album in March of that year, and he performed on the Nick Jonas track "Remember I Told You." He released the poetry albums "I Was Born in Detroit on a Very Very Very Very Very Very Very Cold Day" and "Tear Drops and Balloons" in 2018. Posner released the mixtape "Keep Going" in October 2019, and his fourth studio album, "Operation: Wake Up," was released in December 2020. When announcing the release of "Operation: Wake Up," Mike issued the disclaimer "'Operation: Wake Up' is a fictional story that blurs the line between reality and performance art. All characters and events in this album, even those based on real people, are entirely made up. Respectfully, anyone struggling with a mental illness should not listen to this album. In gratitude, MP."

On April 15, 2019, Mike began walking across America, beginning in Asbury Park, New Jersey. On August 7th, he was bitten by a rattlesnake while trekking across Colorado, and he had to delay his journey for a few weeks after being airlifted to the hospital. On October 18, 2019, Posner ended his walk across America in Los Angeles, California. In May 2021, he violated US State Department COVID-19 travel advisory warnings and traveled to Nepal, where he performed for climbers at the base camp of Mt. Everest. The following month, Mike summited Mt. Everest as part of a team that included guide Jon Kedrowski, Dawa Dorje Sherpa, and Dawa Chirring Sherpa. 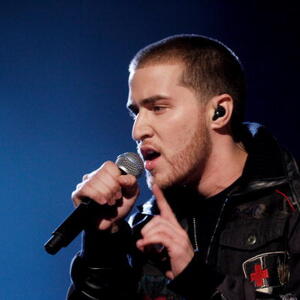