Mike Jones net worth: Mike Jones is an American rapper who has a net worth of $6 million dollars. Mike Jones was born in January 1981. He dropped out of high school and bought and sold cell phones. He credits his grandmother with giving him the idea to pursue rap. He started off his career with the group Souf Folk and used the alias Sache.

The group released one album called Country Thuggin. He started Ice Age Entertainment, an independent record label, in 2001. He later signed to Swishahouse, joining Slim Thug, Chamillionaire, and Paul Wall. In 2004 Jones had a breakout single with "Still Tippin'". He signed with Jive Records and Warner Bros. His single "Back Then" went Platinum. In 2005 he released his debut album Who is Mike Jones?. The album reached double Platinum status. His 2007 single "My 64" debuted at #1 on the Bubbling Under Hot 100 Singles chart. In 2009 Jones released his second album Voice, which debuted at #12 on the Billboard 200 chart. He did not release any music or videos in 2010 or 2011, later saying he had financial disputes with Asylum Records. He starred in his own movie The American Dream in 2007. He also released his own line of Cognac, House of Dobbe. Jones had his nose broken at the 2008 Ozone Awards by Frazier "Trae The Truth" Thompson. In 2012 he announced that he finished his new album Where Is Mike Jones? although the album was yet to be released as of the end of 2017. He did release the mixtapes Back Ballin' Underground in 2013 and Money Train in 2015. Jones has collaborated with several artists including Slim Thug, Paul Wall, Snoop Dogg, T-Pain, Lil Wayne, Twista, Gucci Mane, Ying Yang Twins, Juvenile, Pimp C, and more. 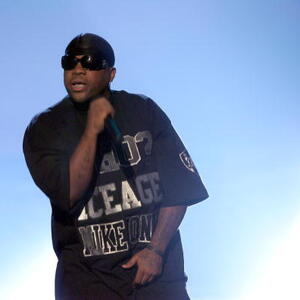