How much is Migos Worth?

Migos Net Worth 2020: Migos is an American hip hop group who have a combined net worth of $80 million. Founded in Georgia in 2008, members are rappers Takeoff, Offset and Quavo. In touring years they can be among the highest-earning entertainers in hip-hop. For example, between September 2017 and September 2018 they earned a combined $25 million thanks largely to 93 live shows during that period.

Founding and Early Career: Migos was formed in 2008 by Quavo (born Quavious Keyate Marshall), Takeoff (born Kirshnik Khari Ball), and Offset (born Kiari Kendrell Cephus). The three members are actually all related; Quavo and Offset are cousins, and Takeoff is Quavo's nephew. They were raised together in Gwinnett County, suburban Atlanta.

Originally, they called their group the Polo Club. After changing their name to Migos in 2010, they released their first full-length project, the mixtape "Juug Season," in August 2011, following it up with the mixtape "No Label" in June 2012.

Achieving Success: Migos released the mixtape "No Label 2" in February 2014, as a sequel to their second mixtape. It was met with generally positive reviews, and was downloaded over 100,000 times in the first week of its release. After signing with 300 Entertainment in June 2014, which is distributed by Atlantic Records, they released the mixtape "Rich Nigga Timeline." It went on to be voted by Rolling Stone as the 7th-best rap album of 2014.

To promote their upcoming full-length album, the group released the single "One Time" in February 2015, with the accompanying music video releasing in March. It peaked at number 34 on the US Hot R&B/Hip-Hop Songs chart. An incident at Georgia Southern University in April 2015, where members of the group and their entourage were arrested during a concert at the school, pushed their album release back. Charges included Possession of a Schedule II Controlled Substance, Possession of Marijuana, and for Offset, Possession of a Firearm in a School Safety Zone and Possession of a Firearm during the Commission of a Crime. Offset's previous felony conviction exacerbated the situation, and he ended up getting incarcerated.

Migos' debut album "Yung Rich Nation" was released in July 2015 with Offset still in jail, clocking it at number 3 on the Top Rap Albums Chart its first week. They continued to release music despite Offset's incarceration, releasing the mixtapes "Back to the Bando" (September 2015) and "Streets on Lock 4" (October 2015) with Rich the Kid. Following Offset's release from prison in December 2015, they released "Young Rich Niggas 2" in January 2016.

Their October 2015 single "Look at My Dab" is often credited as having helped popularize the dance move commonly known as "dabbing," alongside other public figures such as Odell Beckham Jr. and Cam Newton.

Their second studio album "Culture" was released in January 2017, followed by "Culture II" in January 2018. Notable collaborations of theirs include "Bad and Boujee" (2016) featuring Lil Uzi Vert, "MotorSport" (2017) with Cardi B and Nicki Minaj, and "Stir Fry" (2017) produced by Pharrell Williams. They have collaborated with a broad group of producers, including Metro Boomin, Dun Deal, Murda Beatz, Travis Scott and Zaytoven. They were also featured on pop singer Katy Perry's song "Bon Appétit" in April 2017. 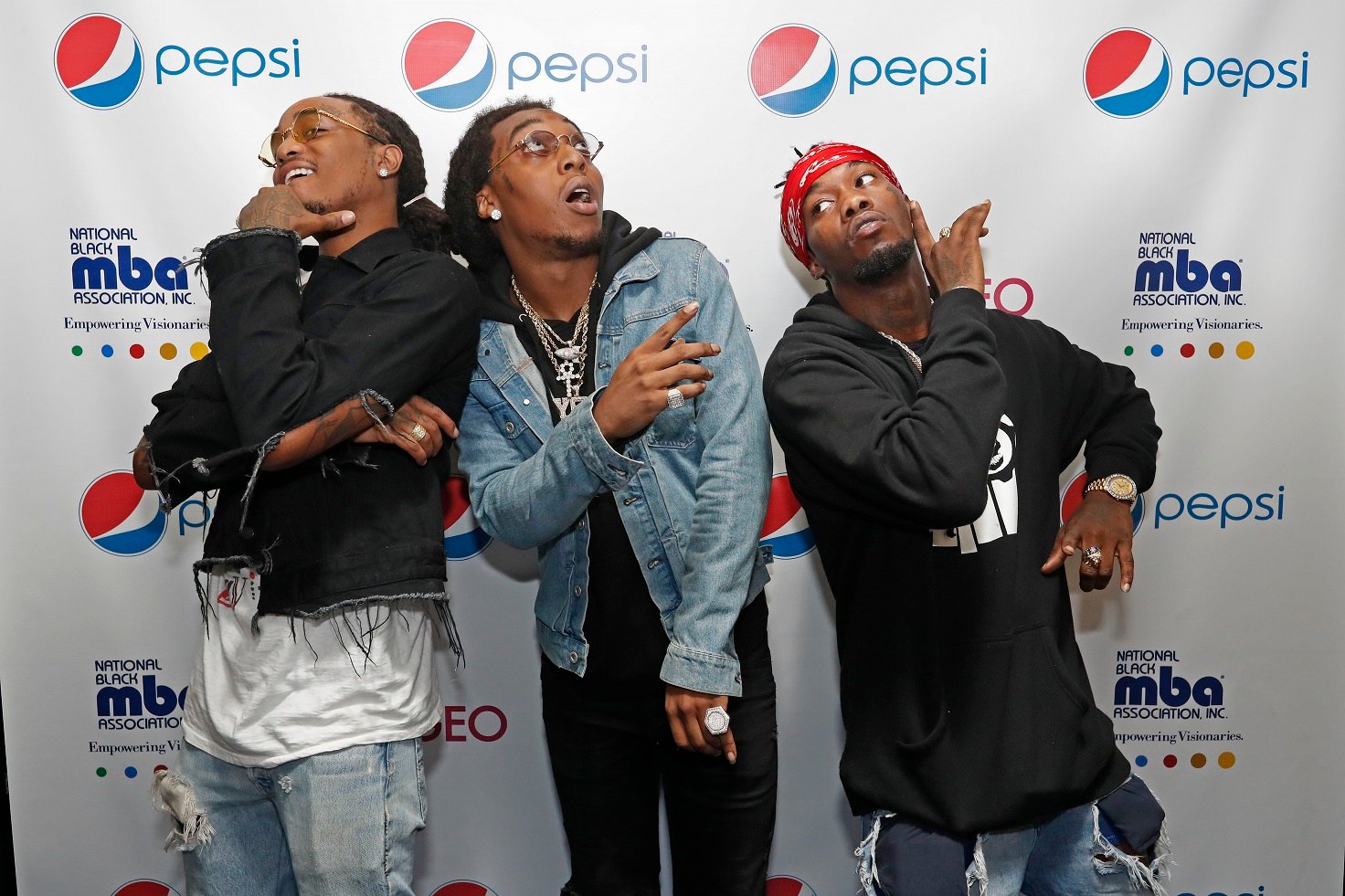 Earnings: In September 2015, Migos had left 300 Entertainment, feeling that Quality Control Music could manage them alone, and that the move would also increase their revenue stream. Under 300 Entertainment, they made approximately $30,000 to 40,000 per show, but under Quality Control they made upwards of $60,000 per show. According to Forbes, the rapping trio now gross upwards of $150,000 per tour stop. In September 2016, rapper Kanye West announced that he had signed a management deal with Migos through his GOOD Music imprint, but the group stated in January 2017 that they were not affiliated with West's label.

Between September 2017 and September 2018, Migos earned a combined $25 million. That number was produced thanks largely to a grueling tour schedule that saw the group perform 93 shows in a 12 month period. They are one of the most popular streaming acts on the planet, with 4 billion streams in the same time period.

They also generate earnings from a variety of endorsement deals with brands such as Avianne Jewelers, Beats By Dre, and Champs Sports. In a partnership with Can-Am motorcycles, a subdivision of Bombardier, they launched the 2019 Can-Am Ryker three-wheel motorcycle. They have featured in television commercial campaigns for the soft drink brand Mountain Dew, and the athletic footwear and apparel retailer Finish Line. 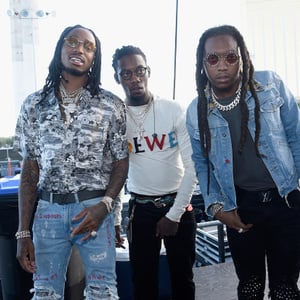