Early Life: K. Michelle was born Kimberly Michelle Pate in 1982 in Memphis, Tennessee. She graduated from Overton High School in 2000 and enrolled at Florida A&M University where she was a member of Delta Sigma Theta sorority and part of the Homecoming Court her freshman year. She graduated from Florida A&M and intended to go to law school. In fact, she was accepted into a number of law schools but decided to pursue a career in music instead.

Career: K. Michelle signed a deal with Jive Records in 2009. She released her first single, "Fakin' It," which featured Missy Elliot. She released three more singles, which were supposed to be part of her debut album that she planned to call "Pain Medicine." Jive Records went out of business in 2011 and plans for that album were scrapped.

The following year, Michelle joined the cast of "Love & Hip Hop: Atlanta." The first season in 2012 depicted her return to the music industry after several setbacks. She was the breakout star of the show. She signed a multi-album deal with Atlantic Records after the first season. The second season of "Love & Hip Hop: Atlanta" covered the recording of Michelle's debut album "Rebellious Soul." Her album was released on August 13, 2013, and debuted at number two on the U.S. Billboard 200 and number one on the U.S. Top R&B/Hip-Hop Albums charts. 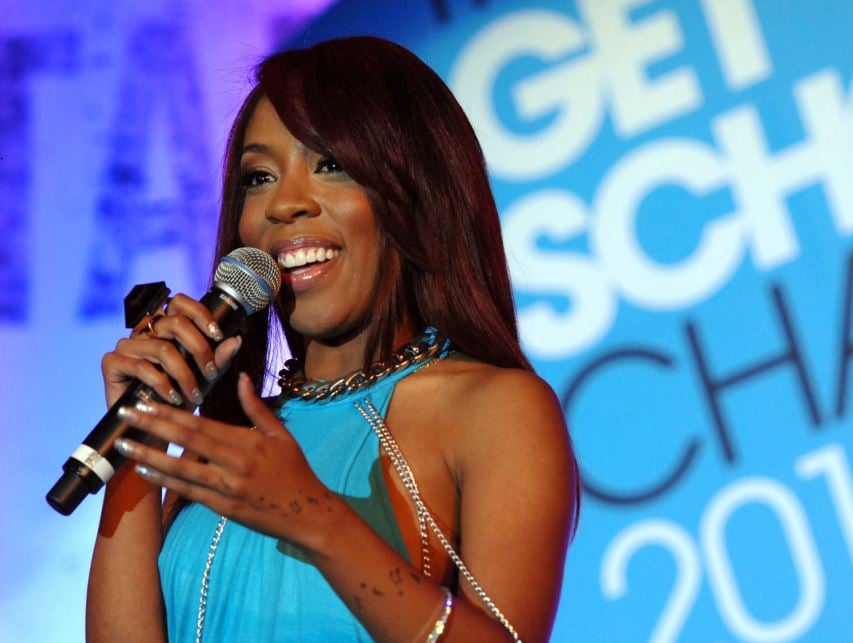 In September  2014, Michelle released "Love 'Em All" as the first single from her second album "Anybody Wanna Buy a Heart?" which was released in December 2014. In January 2016, K. Michelle released the single "Not a Little Bit. " The song is on her third studio album "More Issues Than Vogue." The album was released in late March. That same year, she rejoined the cast of "Love & Hip Hop: Atlanta."

K. Michelle joined the cast of "Love & Hip Hop: Hollywood" in season five in 2018. She is the only person in the franchise's history to appear in three incarnations of Love & Hip Hop as a main cast member. The only one K. Michelle hasn't appeared on is "Love and Hip Hop: Miami."

Other Business Ventures: In 2017, K. Michelle opened a high-end restaurant in Atlanta called Puff and Petals. Her restaurant has a number of house rules that must be followed including having the right to refuse service to anyone deemed to be "riff-raff," a 90-minute limit at tables, mandatory 18% gratuity, a maximum of four separate checks, and no children allowed after 8 pm.

There are currently two Puff and Petals locations in Atlanta. Michelle plans to open a third location in the near future.

Early in her music career, K. Michelle was in a relationship with a man who worked at Jive Records nicknamed Memphitz. He used to allegedly physically abuse her.

The biggest purchase she's ever made is her Rolls Royce. She paid cash for the luxury car.

She first-ever African American to have an endorsement deal with the whiskey brand Jack Daniels.

She has a sister named Shalah Pate.

She had silicone butt implants. She later had them removed.

K. Michelle gave birth to a son, Chase Bowman, in the fall of 2004. The baby's father ended up marrying one of her Florida A&M University Delta Sigma Theta sorority sisters.

She bought her son a Mercedes-Benz for his 16th birthday.

K. Michelle started dating dentist, Dr. Kastan Sims, in 2015. They first met when they were in high school. In February 2020, K. Michelle revealed that although they are still together, she and Sims have been having issues. She said: "I mean, we going through issues, you know. I think things could be better. We always think the grass is greener on the other side too, so I'm just trying to field through that and make sure I'm doing the right thing."

In February 2020, K. Michelle revealed that she hopes to add twin girls to her family via surrogate in the near future. 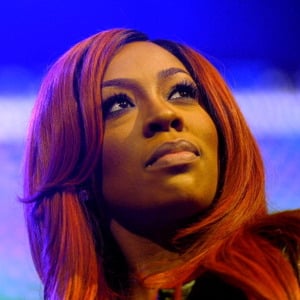