Melle Mel Net Worth: Melle Mel is an American hip-hop musician and songwriter who has a net worth of $1.5 million. Born Melvin Glover in 1961, Melle Mel was the first to coin the term "MC", or "Master of Ceremonies". In the late '70s, he began recording with Grandmaster Flash & The Furious Five.

The group experienced considerable success on the charts with several releases before their message began to take on more political and social undertones. Mel has been part of close to a dozen albums, including 1982's "The Message" with Grandmaster Flash & The Furious Five. His other album credits include 1984's "Grandmaster Melle Mel and the Furious Five (aka Work Party)", 1988's "On the Strength", 1997's "Right Now", 2006's "The Portal in the Park", and 2007's "Muscles", his first solo album. In 2007, Melle Mel and his band were inducted into the Rock and Roll Hall of Fame, the first rap group to ever achieve the honor. Melle Mel has worked with a variety of artists, including Cher, DJ Jazzy Jeff & The Fresh Prince, Boogie Down Productions, and Eric B. & Rakim. He and Cricket Casey penned a children' book in 2006 called "The Portal in the Park". Melle Mel also wraps the entire book on CD. 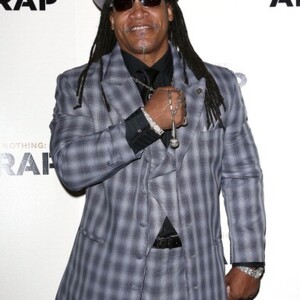