MC Ren is an American rapper who has a net worth of $1 million. Born in Compton, California on June 14, 1969, MC Ren was born as Lorenzo Jerald Patterson and is the founder of Villain Entertainment. He has been active in the music industry since 1986 and is also known as The Ruthless Villain, The Villain, and The Villain in Black.

He started off as a solo artist on Ruthless Records and later became a member of the rap group N.W.A. with artists known as Ice Cube, Eazy E, Dr. Dre, and DJ Yella. N.W.A. brought attention to gang life and violence in music and released the album Straight Outta Compton, which fueled the rap industry for years to come. Ren left N.W.A. and began a solo career in 1992 when he released his debut EP Kizz My Black Azz. The record went platinum and reached #10 on the US R&B chart and #12 on the Billboard 200. Ren released his debut studio album Shock of the Hour in 1993 and the album reached #1 on the US R&B chart and #22 on the Billboard 200. He released the album The Villain in Black in 1996 which reached #7 on the US R&B chart. DJ Ren has also released the albums Ruthless for Life in 1998 and Reincarnated in 2009. His first single "Final Frontier" reached #17 on the US Rap chart and his single "Ruthless for Life" hit #13 on the US Rap chart. DJ Ren was featured on the single "We're All in the Same Gang" with The West Coast Rap All-Stars which reached #1 on the US Rap chart. In 2005 he starred as The Vill in the film Lost in the Game. MC Ren is a known follower of Sunni Islam. He has also appeared in other films about the rap and hip-hop industries. Ren was married in 1993 and has five children including his son who goes by the rap name Waxxie. 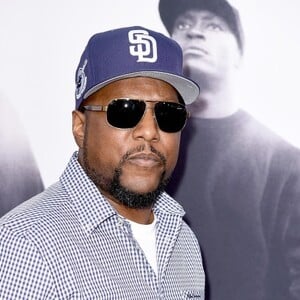