MC Lyte Net Worth: MC Lyte is an American rapper who has a net worth of $8 million. MC Lyte accumulated her net worth through her very successful career as a rapper and songwriter, as well as appearing in television shows as herself and acting roles in films. Born Lana Michelle Moorer on October 11, 1970, in Brooklyn, New York, US, she is the first solo female rapper to release a full album that also received nods from critics.

Raised on the music from the streets in Brooklyn, Lyte started to rhyme and experiment with sounds at the age of 12. Lyte's first song, I Cram to Understand U (Sam), was released in 1986, while it was originally written in 1984. MC Lyte first made waves in the hip-hop world in September 1988, when she released her critically acclaimed debut album Lyte as a Rock that spawned two hit singles: Paper Thin and 10% Dis. The latter attracted a huge underground following since it was a battle-rap response from then-Hurby Azor associate Antoinette. Next, she followed up 1989's Eyes on This, best remembered for its hits: Cha Cha Cha and Cappucino. As for her fourth album, 1993's Ain't No Other, it would earn her national attention and land her a Top 40 hit, Ruffneck. This resulted in collaborations with Janet Jackson and Brandey in 1994. Two years later, the world saw the release of Lyte's fifth album, Bad As I Wanna B, which included the hits, Keep on, Keepin' On and Cold Rock a Party, featuring Missy Elliott. With the 1998 release Seven & Seven, she celebrated a remarkable 10 years on the rap scene with a growing fan base and continuous success. Seven & Seven turned out to be her final release for EastWest, with subsequent albums appearing on independent labels. One of her notable subsequent albums is the independently produced and recorded Da Undaground Heat, Vol. 1 (2003), which spawned the Grammy and Bet award nominated track, Ride Wit Me. In addition, MC Lyte could be seen on the big screen making her debut in the 1993 movie, Fly by Night.

Since, she has appeared in other productions like A Luv Tale (1999), Train Ride (2000), Civil Brand (2002) and Playa's Ball (2003). Away from the music and film industry, MC Lyte is the founder of Hip Hop Sisters Foundation, the President of entertainment firm Sunni Gyrl, Inc., as well as an honorary member of Sigma Gamma Rho sorority. 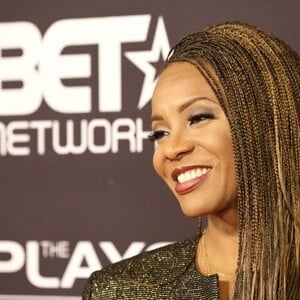