What is MC Hammer's net worth?

MC Hammer is an American rapper, entertainer and dancer who has a net worth of $2 million. At the peak of his career in the 1990s, Hammer's personal fortune topped $70 million. Unfortunately he lost most of his wealth through extreme personal expenditures. He filed for bankruptcy in 1996. More info on his finances and his over-the-top lavish mansion that pushed him off a financial cliff, later in this article.

MC Hammer was notable for his unique dancing skills and outlandish fashion. He sold more than 25 million albums in the 1990s.

MC Hammer was born Stanley Kirk Burrell on March 30, 1962 in Oakland, California. He grew up poor with his mother, who worked a secretary, his father, a professional poker player, and eight siblings in a three-bedroom housing project apartment in East Oakland. The Burrell family would sell stray baseballs in the Oakland Coliseum parking lot. The Oakland Athletic's team owner, Charles Finley, saw 11-year-old Stanley doing the splits and dancing in the parking lot one day and hired him as a clubhouse assistant and batboy. He served as batboy from 1973-1980. He got the nickname M.C. for being a "Master of Ceremonies" during his time with the A's. He got the nickname "Hammer" due to his resemblance to baseball legend "Hammering" Hank Aaron.

Burrell graduated from McClymonds High School in Oakland and then joined the U.S Navy. He served for three years as a Petty Officer until he was honorably discharged.

MC Hammer achieved immense popularity in the late 1980s with his innovative presentations of "pop rap." He is also the first rap artist to achieve Diamond status for an album. Considered a sellout by many in the rap community for his mainstream approach to rap, he is nevertheless one of the best-known rappers of all time and an entertainer who is also known for his flamboyant dance techniques.

Hammer began rapping in small venues around the Oakland area. After a record deal fell through, he borrowed $20,000 from both Mike Davis and Dwayne Murphy, former Oakland A's players. With the cash, MC Hammer started a record label called Bust It Productions. He sold records out of his basement and car to keep the company going. Bust It Productions eventually turned to Bustin' Records, with MC working as CEO. MC Hammer released his first album under his own label, Feel My Power, in 1987. It sold over 60,000 copies. The singles Let's Get it Started and Ring 'Em got moderate radio play and became popular tracks at local nightclubs. 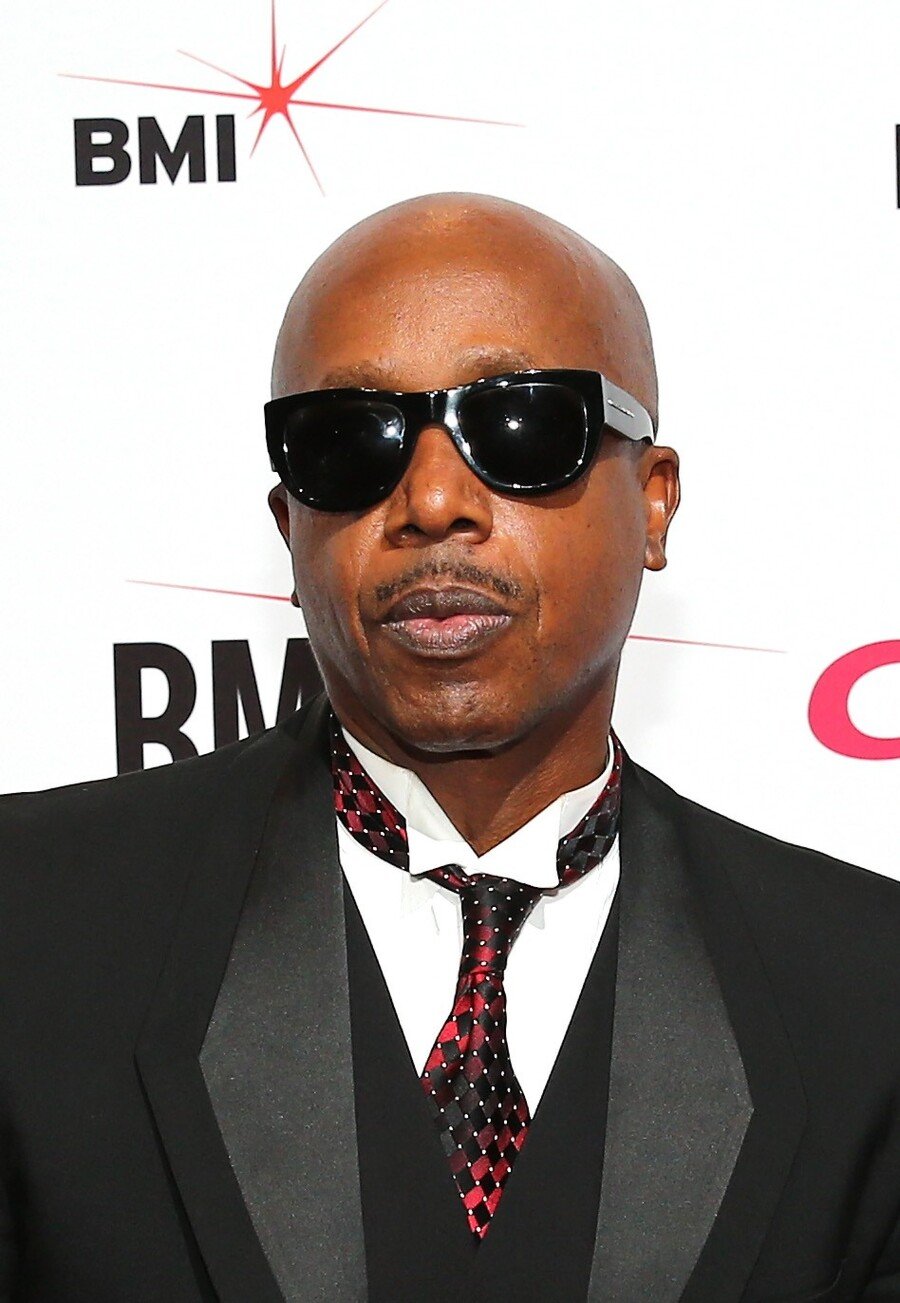 Hammer's unique and infectious stage persona led to his big break in 1998, when he impressed a Capitol Records executive who was in the audience at one of Hammer's shows at an Oakland club. Hammer signed a record deal and secured a $1,750,000 advance.

MC Hammer scored his biggest hit with the single, "U Can't Touch This," off 1990's Please Hammer, Don't Hurt 'Em. The single topped the Billboard chart and the album was No. 1 for 21 weeks. The song continues to be a cult-classic. Hammer toured in support of the album extensively throughout Europe in 1991. The album was notable for sampling famous artists such as Prince, The Jackson 5, Marvin Gaye, and Faith No More.

Hammer released his next giant hit, Too Legit To Quit, in 1991. The title track was the biggest hit from the record, which peaked in the top five of the Billboard 200. Hammer set off on a grandiose and lavish tour in support of the album, with Boyz II Men as the opening act. The video for "2 Legit 2 Quit" featured so many celebrity appearances that it is ranked as one of the most expensive videos ever made. The album went multi-platinum. MC Hammer went on to release seven more studio albums, all ranging from moderate to much success, his last being in 2009. Hammer has sold over 50 million records worldwide and has headlined numerous world tours. MC Hammer has won three Grammys and several other awards, including various lifetime achievement awards. His top singles live in infamy and are still used in commercials, ads, and film today.

He has since worked as an ordained preacher and has been a TV show host and a dance competition judge. He's also dabbled in acting and producing. MC Hammer produced and starred in his own movie, 1990's Please Hammer Don't Hurt 'Em: The Movie. In 2008, he helped create the dance website, Dance Jam. He is also CEO of his own record label and Executive Producer of his own short-lived reality TV show, "Hammertime." 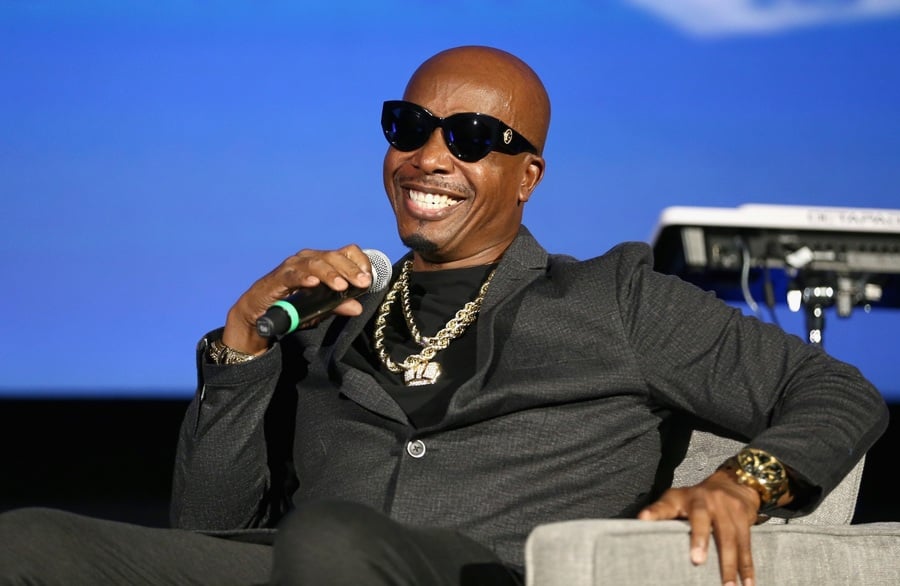 Unfortunately, MC Hammer experienced a very public bankruptcy. He has since recovered somewhat with new album releases, a record label management and other entrepreneurial ventures.

MC Hammer's peak earning year was 1991. During those 12 months he earned $33 million from record sales, merchandise, endorsements and touring revenue. Earning $33 million in 1991 is the same as someone earning around $70 million in today's dollars.

During those mega earning years MC Hammer was also mega spending. Between 1990 and 1996 Hammer accumulated around $10 million worth of debt. He officially filed for bankruptcy in 1996. His bankruptcy filing showed that Hammer had taken out a $500,000 personal loan from NFL/MLB star Deion Sanders and $500,000 to a personal lawyer.

Hammer blew his money on dozens of luxury sports cars, airplanes, a record company and a 12 acre estate in Fremont, California.

Hammer was also notorious for having a huge entourage. He reportedly spent $500,000 a month on his entourage alone at the peak of his fame.

By December 2013, Hammer still owed the IRS $800,000 in back taxes and penalties related to income from 1996 and 1997. According to several released legal documents, every dollar that Hammer earns to this day must first go to the IRS before being distributed to him personally.

Hammer proceeded to demolish the property's former 11,000 square-foot mansion, replacing it with a 40,000 square-foot custom mansion. The new mansion featured a bowling alley, Italian marble floors, two swimming pools, multiple tennis courts, recording studio, state-of-the-art computerized thermostats, media room, four dishwashers, rehearsal hall, 17-car garage and a baseball diamond. Hammer spent somewhere between $12 and $20 million building his dream home. That's the same as spending $25 and $45 million on a home today. Here's a video tour of the mansion from when it was on the market in 2012:

The costs to build the mansion drained much of Hammer's financial liquidity. He then had the difficult burden of maintaining the expansive property.

Today Hammer lives in a relatively modest ranch-style house in Tracy, California with his wife Stephanie (who has been married to since 1985). Hammer and Stephanie have  five children; Bobby, Jeremiah, Sammy, Sarah, and A'keiba.

Hammer frequently posts on social media and is, at present, consulting for or investing in eight tech companies. Hammer has said he spends 10-12 hours daily working on various tech projects and has been known to tweet 30-40 times per day. 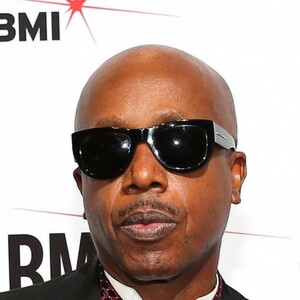