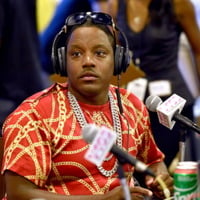 What is Mase' Net Worth?

Mase is an American rapper, songwriter, TV personality, inspirational speaker and minister who has a net worth of $8 million. Mase achieved rap superstardom in the late 1990s thanks to Sean "Puff Daddy" Combs and his music imprint, Bad Boy Records. He has had multiple Billboard Hot 100 Top 10 singles, and has been nominated for a Grammy Award for his album "Harlem World" (1997).

Mason Durell Betha, better known by the mononym Mase, was born on August 27, 1975, in Jacksonville, Florida. His parents are P.K. Betha and Mason Betha. Mase has a fraternal twin sister, Stason Betha, as well as four other siblings. After his father left the family when he was three years old, his mother moved them to Harlem, New York, where he grew up and spent most of his childhood. However, he was sent by his mother back to Jacksonville when he was thirteen years old, after he started acting out and getting in trouble. He lived with relatives in Florida for two years before returning to Harlem when he was fifteen. In high school, he played basketball and dreamed of joining the National Basketball Association. Later, he attended State University of New York at Purchase, where he left his basketball dreams behind and focused on music instead. As he started to produce his own demo tapes and perform regularly at local nightclubs, Mase eventually dropped out of college so he could focus on music full-time.

Mase's music career started in high school, when he was part of the rap group known as Children of the Corn, along with fellow Harlem rappers like Big L, Herb McGruff, Bloodshed, and his childhood friend Cam'ron. His stage name back then was "Murda Mase". Then, in 1996, when he was twenty years old, his sister Stason introduced him to Cudda Love. Love was a road manager for The Notorious B.I.G., and took Mase to a rap convention in Atlanta, Georgia, where he met and rapped for Sean "Puff Daddy" Combs. Combs was impressed by Mase's talent, and signed him with his music imprint Bad Boy Records under a $250,000 deal. Combs shortened Mase's name from "Murda Mase" to just "Mase". Subsequently, Mase began appearing in various projects, including the video for 112's song "Only You" along with The Notorious B.I.G., Puff Daddy's songs "Can't Nobody Hold Me Down" and "Been Around the World", and The Notorious B.I.G.'s "Mo' Money, Mo' Problems".

Mase's debut studio album, "Harlem World", was released in October 1997. It debuted at No. 1 on the Billboard Pop and R&B LP Charts, and sold over 270,000 copies in its first week of release in the U.S. It was also nominated for a Grammy Award. Since then, the album has gone on to be certified Platinum four times by the RIAA. Additionally, "Harlem World" spawned several hit singles, including "Feel So Good" and "Lookin' at Me", which both peaked at No. 1 on the Billboard Rap chart. Furthermore, during 1997 Mase also appeared as a featured guest artist on many other songs, including Mariah Carey's "Honey", Brian McKnight's "You Should Be Mine (Don't Waste Your Time)", and Brandy's "Top of the World".

In 1998, Mase formed All Out Records, his own record label. One of the early acts signed to the label was the group Harlem World, which his twin sister Stason was a member of. Then, in 1999, he released his second album, "Double Up", also with Bad Boy Records. The album featured more aggressive lyrics than his previous material, and sold 107,000 copies in its first week.

Mase left music for five years, beginning in April 1999. He had announced on April 20, during a radio interview, that he was retirement from music to pursue a "calling from God." During his hiatus, he actually enrolled as a student at the historically black college Clark Atlanta University, and also became an ordained minister. He returned to the music industry in 2004 with his third album, "Welcome Back". "Welcome Back" was also released through Bad Boy Records, just like his first two albums, and was distributed by Universal Music Group. The material on the album was a big departure from his previous work, and showcased his new Christian lifestyle along with a cleaner image. In a move that appeared contradictory to his new image, during the mid-2000s, Mase actually spent time performing and recording with New York hip-hop group G-Unit, which featured members 50 Cent, Tony Yayo, and Lloyd Banks. He also was featured on many magazine covers, in music videos, and on stage with 50 Cent in particular. The more hardcore image of G-Unit was very different from Mase's new "clean" approach to music since his return from hiatus, but according to him, he had decide to join forces with G-Unit so he could appeal to a different audience, and show them that they could change their lives just like he did. 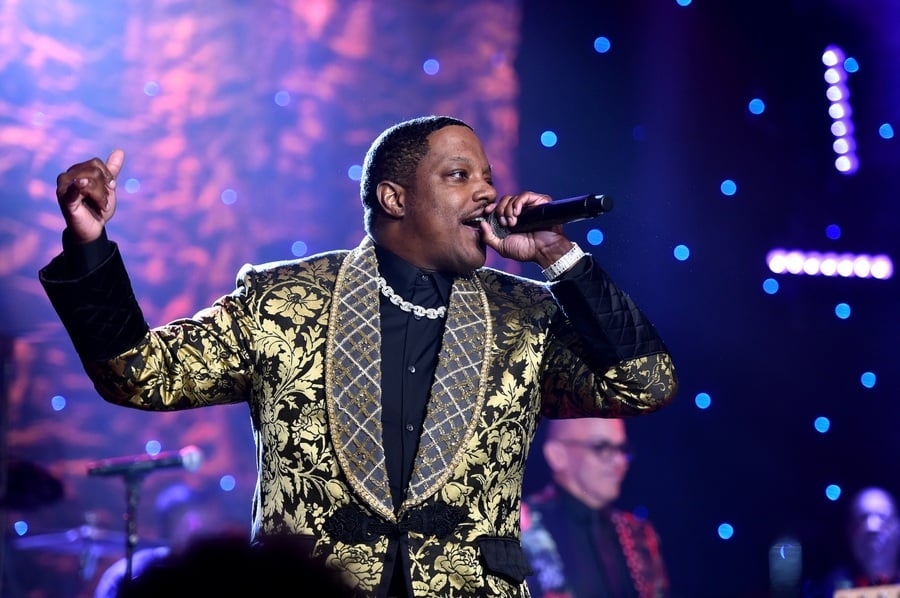 Mase left music again in 2007, but staged his second comeback in 2009, supposedly inspired by the death of Michael Jackson. He appeared as a featured artist on many tracks, including "Uptown Boy" by Harry O, the street remix of "Best I Ever Had" by Drake, "Get It" by Big Ran, and the street remix of "Diamonds" by Teairra Mari and Kanye West, among others. He announced his departure from Bad Boy Records in December 2012.

In 2010, Mase released his book "Revelations: There's a Light After the Lime". In 2000, he founded S.A.N.E. (Saving A Nation Endangered) Church in Atlanta, Georgia. It has since been renamed as El Elyon International Church, and he serves there as a pastor.

Mase overseas a record label called RichFish Records which is an imprint under Columbia Records' umbrella. In 2019 he signed Fivio Foreign to RichFish, reportedly paying a $1 million contract.

Mase has been married to Twyla G Styles since 2001. They share one child together.

In January 2020, Mase posted a message on Instagram that was extremely critical of his former mentor, Diddy. The critical message came on the heels of a speech Diddy gave at a Grammy pre-party in which the tycoon called out the music industry for its history of taking advantage of young artists of color and general lack of diversity. Mase took issue with Diddy' speech, claiming in his own Instagram post that Diddy greatly took advantage of him back in the 1990s. Mase claimed that Diddy paid him just $20,000 for his publishing rights, an extremely lucrative source of income for artists. Mase further claimed to have recently offered Diddy $2 million to buy back his publishing, but was told he had to compete with another offer. Mase's scathing post further stated:

"No more hiding behind 'love'. U CHANGED? GIVE THE ARTIST BACK THEIR $$$. So they can take care of their families."