Marques Houston net worth: Marques Houston is an American singer, songwriter, rapper, and actor who has a net worth of $5 million dollars. Marques Barrett Houston was born in Los Angeles, California in August 1981. He was a founding member of the R&B group Immature, who became known as IMx.

With the group he went by the nickname of Batman. Houston started his solo career in 2003 and released his debut solo album MH. He has released six solo studio albums including his latest Famous in 2013. His acting debut came in the 1992 comedy Bebe's Kids. He appeared in House Party 3 in 1994. His breakout role came playing Roger Evans in the sitcom Sister, Sister from 1994 to 1999. He was in the movies You Got Served and Fat Albert and starred in the TV show Cuts in 2005 and 2006. In 1995 Houston won a Young Artist Award for Best Youth Comedian in a TV Show for Sister, Sister. He is close friends with singer Omarion and has been on tour with him. He has been part of four Scream tours with B2K, Nick Cannon, Omarion, Bow Wow, and Pretty Ricky. 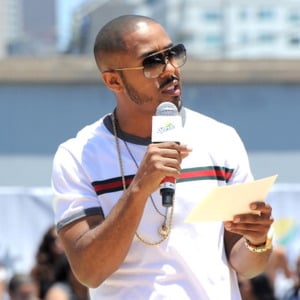