Maino net worth: Maino is an American rapper who has a net worth of $2 million. Maino has accumulated his net worth through his career in hip hop. He was born in Bedford, Stuyvesant, Brooklyn, New York on August 30, 1973. Before becoming a hip hop star, Maino got caught up with a bad crowd. In the early 90s, he was involved in a drug related kidnapping that eventually led to him serving 10 years in person. He began rapping while in jail to help pass the time. Maino was released in 2003 and began releasing mixtapes. In 2005 he landed a recording contract with Universal Records. Unfortunately, after two years with the label Maino decided to cut ties, feeling they weren't doing enough to promote him. He subsequently signed a deal with Atlantic Records in 2008. He also operates his own label "Hustle Hard" which was signed under Atlantic as well. His debut studio album "If Tomorrow Comes…" was released in June 2009. It eventually reached #24 on the US Billboard Charts and #1 on the US Rap Charts. His second album "The Day After Tomorrow" was released in February 2012. This album performed moderately well. Maino continues to release mixtapes and singles and has made numerous guest appearances on songs with other artists. 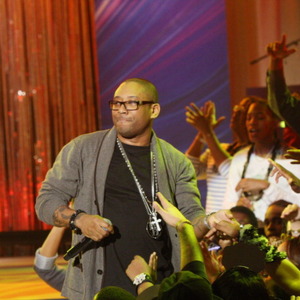