Macklemore net worth: Macklemore is an American rap artist and musician who has a net worth of $25 million. Macklemore is unique in the music industry because he experienced a meteoric rise to fame without assistance from a major record label. In lieu of a traditional music contract, he pays Warner Bros. Records a minor fee to promote his tracks through the radio. He often collaborates with producer Ryan Lewis, and the two have released many of Macklemore's most successful tracks as a musical duo.

Early Life: Macklemore's real name is Benjamin Hammond Haggerty, and he was born in Seattle on June 19th of 1983. Macklemore grew up listening to rap music from a young age, and he became a fan of the group Digital Underground. By the time he was 15, Macklemore was listening to the likes of Mobb Deep, Nas, and the Wu-Tang Clan. The boy drew inspiration from these artists as he wrote his own raps. In high school, he developed the stage name "Professor Macklemore," which was then shortened simply to "Macklemore."

Early Involvement in Music: Shortly before graduating from high school, Haggerty worked on his own mixtape under the name Professor Macklemore. In 2000, he released the mixtape, which was entitled Open Your Eyes. While attending high school in Seattle, Macklemore collaborated with a group of other students to form the hip-hop group Elevated Elements. They released one album together before Haggerty moved to Santa Fe to attend the College of Santa Fe. After graduating high school, Haggerty released a full-length album called The Language of My World under the name Macklemore. Despite not being accepted into the College of Santa Fe's music program, Macklemore stated that his time in this city helped him improve his rapping. He moved back to Seattle and obtained a Bachelor's degree from Evergreen State College in 2009.

Collaboration With Ryan Lewis: Macklemore had known Ryan Lewis since 2006, but it wasn't until 2009 that they started to work together as a musical duo. During this year, Macklemore released a second mixtape entitled The Unplanned Mixtape. Although Macklemore hadn't quite achieved mainstream success, the mixtape nonetheless took the number 7 spot on the iTunes Hip-Hop Chart. The album featured songs such as "The Town" and "We Danced." After releasing a series of EPs and mixtapes with Ryan Lewis' help, Macklemore was performing to sold-out crowds by 2011.

Breakthrough: Macklemore experienced a major breakthrough with the release of The Heist, his second studio album. This release debuted at number two of the U.S. Billboard top 200 in 2012 and sold 78,000 copies that week. This album featured the hit "Thrift Shop." This song made history, as it was the first song since 1994 to reach the top of the Hot 100 Chart without the backing of a major record label. A second single off The Heist, "Can't Hold Us," also peaked at the top of the Hot 100 Chart. Macklemore spent the next few years collaborating with a range of other artists, including Ed Sheeran and 2 Chainz.

It wasn't until 2016 that Macklemore would return with another studio album. The Unruly Mess I've Made was the artist's third entry, and featured songs like "Wednesday," "White Privilege II," and "Drug Dealer." In 2017, Macklemore announced that he and Ryan Lewis were taking a break from working with each other.

2017 saw the release of Gemini, and this was the first time Macklemore attempted to produce hits without help from Ryan Lewis. The album featured a song called "Glorious" with contributions from Skylar Grey. This song and others weren't produced by Ryan Lewis. Instead, the song was produced by Budo – as was "Marmalade," which featured Lil' Yachty. The album also featured "Good Old Days," which was a collaboration with Kesha.

After the release of Gemini, Macklemore started touring with Kesha until 2018. Some critics have pointed out the shortcomings of the album, specifically mentioning the absence of Ryan Lewis. These critics opined that Ryan Lewis created beats that complemented Macklemore's rapping style, while the producers featured on Gemini did not. Many have also noted the lack of a consistent theme or style throughout the album. 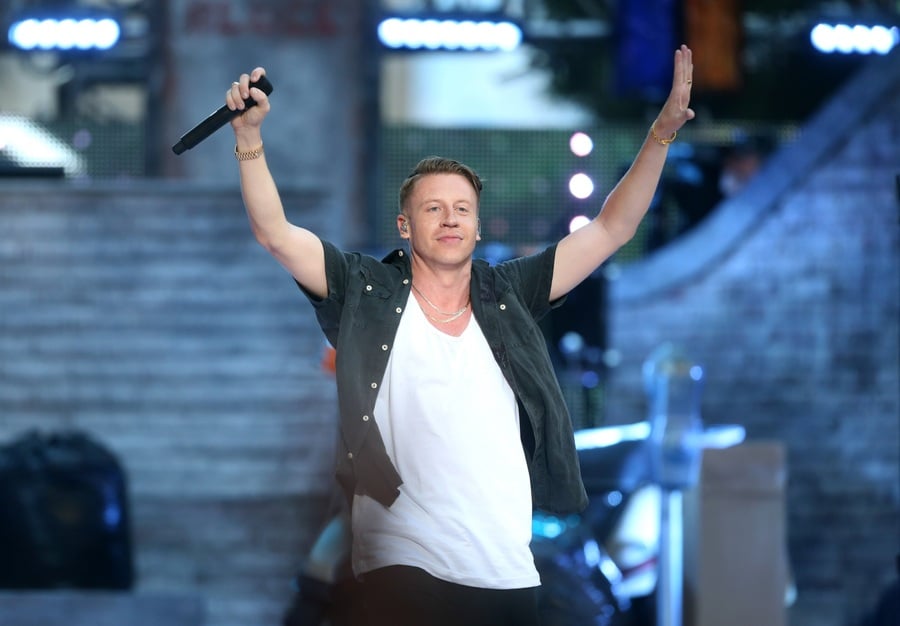 Lyrics and Musical Style: Macklemore has tackled major social and political issues throughout his musical career. The song "Same Love" tackled themes like gay marriage. "Thrift Shop" served as a commentary for materialism within the hip-hop community. "White Privilege II" focused on the Black Lives Matter Movement. Macklemore is a self-aware lyricist who regularly refers to the fact that he's appropriating black culture by being a white MC. Producer Ryan Lewis was a huge part of Macklemore's musical style before the duo's split. Ryan Lewis gave Macklemore a "poppy" sound, and his songs featured big, "in your face" choruses.

Personal Life: Macklemore has struggled with drug addiction for many years. This long struggle ended when Macklemore checked himself into a rehab center in 2008. He was clean for three years following this, and then relapsed again in 2011.

After seven years of dating his girlfriend, Tricia Davis, the couple was wed in 2015 following a two-year engagement. Earlier that year, they had welcomed their first child, a daughter, into the world. In 2017, they had a second daughter. The couple has a minority share in the Seattle Sounders, a soccer team in MLS.

Awards: Macklemore has won a number of awards throughout his musical career. For The Heist, Macklemore and Ryan Lewis won four Grammys, including Best Rap Album and Best Rap Song. In addition, the rapper has won three MTV Music Video Awards. 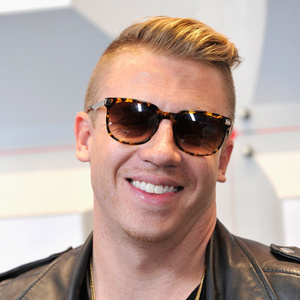