Mack Maine net worth: Mack Maine is an American rapper and singer who has a net worth of $13 million. Mack Maine has earned his net worth as president of Young Money Entertainment, as co-founder of Kush Entertainment and as founder of his own record label, Soothe Your Soul Records.

Maine was born in New Orleans, Louisiana, on July 28, 1983. His birth name is Jermaine Preyan, but is better known by his stage name Mack Maine. In 2003 on MTV's freestyle battle, Mack came in 16th place out of a thousand contestants, in addition to the freestyle contest Mack performed backstage at the BET Awards with Cassidy in 2004, where founder and friend of Young Money Entertainment Lil Wayne saw Maine and was impressed.

Mack appeared in Lil Wayne's 2008 official remix of his third single "Got Money" from the album, Tha Carter III. Mack also performed a song with Lil Wayne on September 14, on the Saturday Night Live TV show. Mack was the winner of the "Patiently Waiting: Louisiana" award at the Ozone Awards, in 2008. In 2009 he toured with Lil Wayne on his " I Am Music" tour. Mack , got the opportunity to perform his own set on stage every night. He also performed at the 2009 Spring Break concert. Also in 2009 he released a mix tape, which included performances by such big name stars as Lil Wayne, Mistah Fab, Gorilla Zoe, Pleasure P, Rick Ross, Mystikal, and Soulja Slim. Maine performed with Snoop Dogg on T-Pain's single "Ghetto Commandments", in March of 2010. He was also featured in a music video with Lil Wayne, for Playaz Circle's hit song "Duffle Bag Boy". Maine has been an active member of the hip-hop, R&B music industry since 2004. 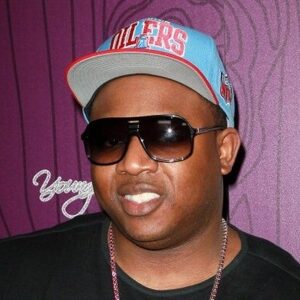