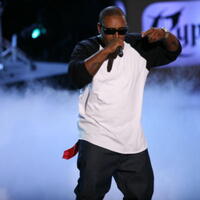 Mack 10 net worth: Mack 10 is an American rapper and actor who has a net worth of $6 million dollars. Born in Inglewood, California, Mack 10, also known as Dedrick Rolison, first began to gain notice in the mid-90s, rapping on various tracks with Ice-Cube. His 1995 album, "Mack 10", was quite successful, as were his albums released with the supergroup, Westside Connection, which consisted of Mack 10, Ice-Cube, and WC. After releasing three albums that achieved Gold or Platinum status between 1996 and 1998, Mack 10 began to disappear from the charts. His 2000 album, "The Paper Route", fell far short of expectations. His next album, "Bang or Ball", signaled a new direction for the rap artist and was considerably more successful, but it did not herald a return to his previous stature. Since then, he has released additional records, some independently, some with recognized studios. He has sold almost 11 million albums over the course of his career.