What is Machine Gun Kelly's Net Worth?

Machine Gun Kelly, also known as Richard Colson Baker, is an American rapper who has a net worth of $25 million. Over the course of his career, Baker has emerged as one of the most unique and popular Hip-Hop artists in the music industry today. Outside of music, Baker has found considerable success as an actor.

Richard Colson Baker was born on April 22nd of 1990 in Houston, Texas. Both of his parents were missionaries while he was growing up, which meant that he frequently traveled with his family. As a child, the family spent time living in Germany, Egypt, and many other nations all around the world. In addition, Baker lived in many different US states. Eventually, he and his father laid down roots in Denver after his mother left the family.

As a teen, Baker was bullied and started fighting back using words. Eventually, he fell in love with rap and started to work on his own music. When his father left him to work for the Army in Kuwait, Baker lived in a neighbor's basement and started experimenting with drugs. It was during this time that he recorded his first mixtape, Stamp of Approval. Baker eventually stopped going to school, prompting his father to take him to Kuwait to live there.

While finishing up high school after returning to the States, Baker convinced an MC manager to help him launch his career. It was at this point that Baker adopted the stage name "Machine Gun Kelly" as a reference to his fast-paced vocal delivery. MGK started performing at local venues and eventually appeared at Harlem's Apollo Theater. He also appeared on MTV2's Sucker Free Freestyle. He then released his second mixtape: 100 Words and Running. Although MGK was gaining exposure during this time, he continued to struggle financially. He was kicked out of his family home by his father, became a father himself, and worked at Chipotle to support himself.

MGK took a major step forward when he released the single "Alice in Wonderland." The track won him numerous awards and increased his notoriety before the release of his new mixtape, Lace Up. One of the tracks was dedicated to the Cleveland Cavaliers, and it was played at their stadium during home games. Following this successful run, MGK collaborated with Juicy J on the single "Inhale." In 2011, MGK was approached by Sean Combs, who signed him to the record label Bad Boy Records. 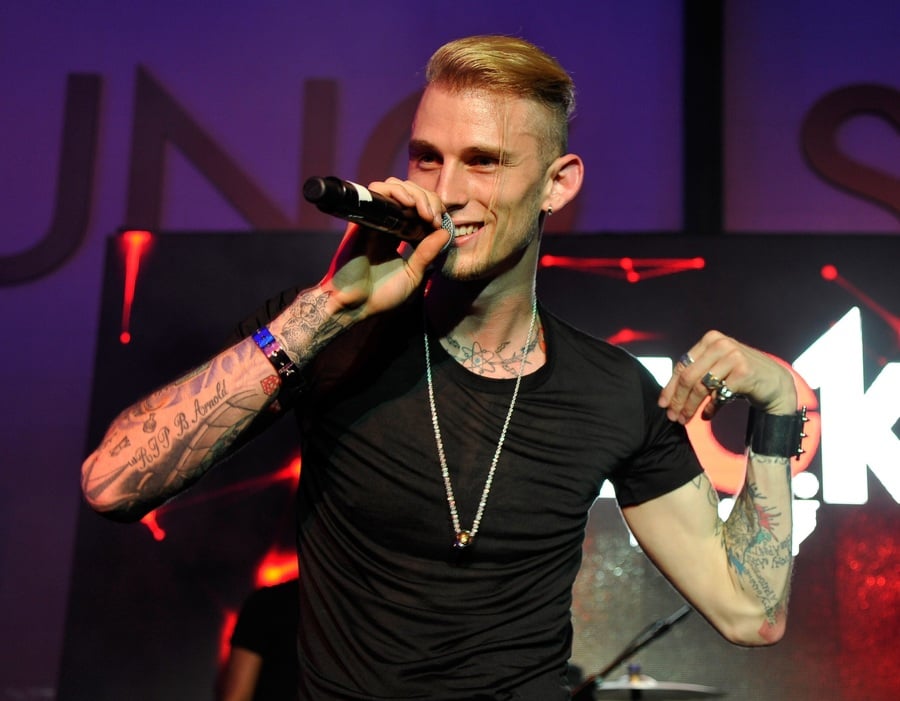 In 2012, MGK was finally ready to release his debut studio album, entitled Lace Up. The album contained hits like "Invincible" and "Wild Boy," and featured artists such as Tech N9ne, Twista, and DMX. That year, he collaborated with various artists, including Pusha T and Meek Mill, to create a mixtape called Black Flag. After lengthy delays, MGK then released his second studio album, General Admission, in 2015.

In 2016, MGK collaborated with Camila Cabello to create the hit single "Bad Things." In 2018, MGK's feud with Eminem reached a boiling point. Years prior, MGK had called Eminem's 16-year-old daughter "hot" in a tweet. Eminem did not see the tweet until over a year had passed, prompting him to create a diss track that attacked MGK. As the feud continued, Eminem eventually banned MGK from appearing on his online radio station. One of MGK's most famous Eminem diss tracks was 2018's "Rap Devil".

In 2019, MGK released Hotel Diablo, his fourth studio album. The album contained the singles "I Think I'm Okay" and "Glass House," and debuted at number 5 on the charts. That year, he also revealed that his next album, Tickets to my Downfall, would be a collaboration with Travis Barker scheduled for release in 2020.

MGK has appeared in films such as Beyond the Lights, The Land, Bird Box, The Dirt, and Big Time Adolescence. He has also appeared on MTV's Wild 'n Out.

Kelly has a daughter from a previous relationship with a woman named Emma Cannon. Their daughter Casie was born in 2009.

He has dated models Amber Rose and Sommer Ray. In May 2020 he began dating actress Megan Fox.

At some point in early 2020 MGK began renting a newly-built home in Sherman Oaks, California. The monthly rent was $30,000.

In April 2022 Machine Gun Kelly paid $7.5 million for Logan Paul's former mansion in Encino, California. Logan bought the home in October 2017 for $6.55 million and had been seeking $8.5 million when he listed it for sale. The 30,000 square-foot mansion has 14 rooms and was fully renovated by Paul soon after his acquisition in 2017. 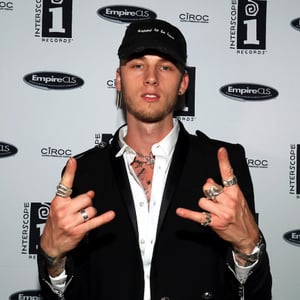