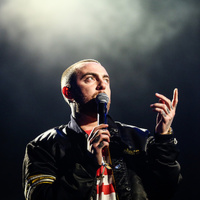 What was Mac Miller's Net Worth?

Mac Miller was an American rapper who had a net worth of $9 million at the time of his death in 2018. Mac Miller entered the music industry when he was still in his teens. Miller was discovered by Rostrum Records thanks to his friendship with rapper Wiz Khalifa who had recently signed with the label president Benjy Grinberg. He later created his own record label imprint REMember Records. Outside of his own musical career, Miller frequently acted as a producer and assisted a number of artists with the production of singles and albums. Mac struggled with drug addiction throughout his entire career, which eventually resulted in his untimely passing. After his death, Mac Miller was posthumously nominated for a Grammy Award for his most recent album, "Swimming."

Malcolm James McCormick January 19th of 1992 in Pittsburgh. He was raised in a Jewish family alongside his brother. His mother is Jewish, while his father is Christian. Despite their Jewish upbringing, both boys attended a Catholic school because of the institution's highly-rated athletics programs and its academic notoriety. Mac Miller became obsessed with music from a young age, and by the age of six, he could play the drums, guitar, bass, and piano.

Although Miller initially saw himself becoming a singer, he gravitated towards rapping at the age of 14. By the age of 15, he was seriously pursuing a full-time career as a rapper and stopped playing sports in order to focus on his goals. His first stage name was "EZ Mac," but he later changed it to "Mac Miller."

After releasing a number of award-winning mixtapes as a teen, Miller broke through with his mixtape "K.I.D.S." after signing with Rostrum Records. In 2011, he released the mixtape "Best Day Ever," which contained the platinum-earning single "Donald Trump." That year, he also independently released his debut studio album, "Blue Slide Park." The album reached gold certification but received mixed reviews.

After releasing the mixtape "Macadelic," Miller founded the record label imprint REMember Records. During this period, Miller appeared in the reality show "Mac Miller and the Most Dope Family," which ran for six episodes. It was renewed for a second season in 2014. In 2013, he released an album of purely instrumental tracks under the alter ego Larry Fisherman. That year, he also collaborated with Ariana Grande on her single "The Way." To finish off 2013, he released his second studio album, "Watching Movies with the Sound Off," which received strong reviews.

After releasing the mixtape "Faces," Mac Miller signed a distribution deal between REMember Records and Warner Bros. Records. The result was the album "GO:OD AM," which sold 87,000 units and contained the platinum single "Weekend." His next album was "The Divine Feminine," and featured Mac Miller singing on most of the tracks. Miller's last album was "Swimming," which contained the single "Self Care." The track rose to the 33rd spot on the charts following his death, which was a career high for the rapper.

Mac Miller has struggled with various legal issues over the course of his career. In 2011, he was arrested for possession of marijuana and spent the night in jail. In 2012, Miller was sued by producer Lord Finesse for using a sample without permission. Although Finesse filed a $10 million lawsuit against Miller, the case was settled out of court for an undisclosed fee. In 2015, Miller was sued once again for using a sample without permission, this time by the band Aquarian Dream for $150,000.

In 2018, Miller was arrested for driving under the influence and hit and run. He crashed his car into a utility pole and attempted to flee on foot. Police simply traced the license plate and found Mac Miller at his home. He was arrested, released on bail, and charged with two counts of DUI – although he died before it could proceed any further. 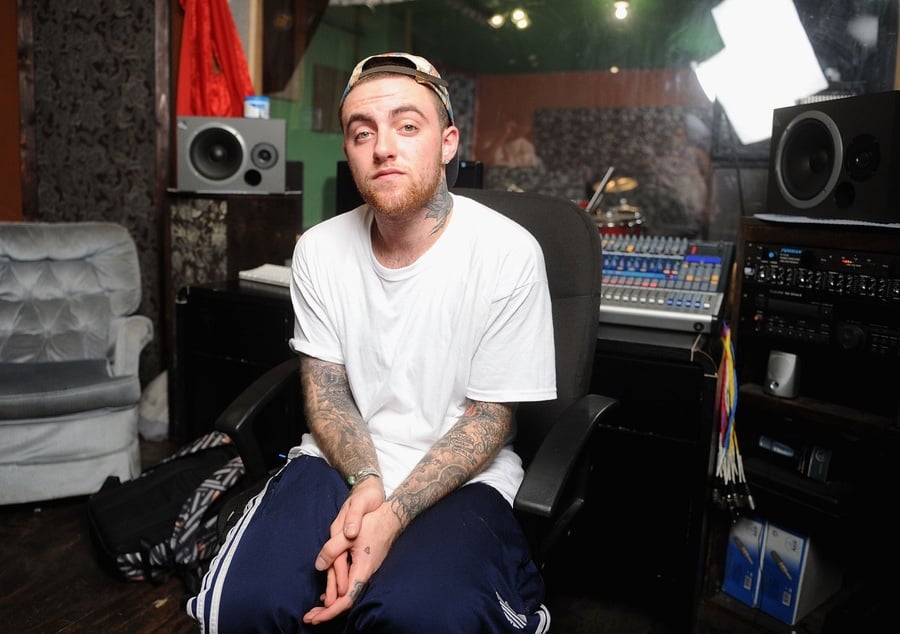 In order to deal with a lifelong struggle with depression, Mac Miller started taking drugs heavily in 2012. While on tour that year, he became addicted to promethazine and "lean," a drug cocktail comprised of cough syrup, soft drinks, and hard candy. Throughout the next few years, Miller went back and forth between being sober and taking drugs daily. In some instances, he stayed sober for long periods of three months or more. By 2017, however, Mac Miller ostensibly returned to a regular self-dosage of various drugs.

During middle school, Mac Miller met his long-term girlfriend, Nomi Leasure. Throughout most of his adult life, Mac was in an on-and-off relationship with Leasure. In 2016, they split up permanently. Towards the end of his life, Mac started a relationship with singer Ariana Grande. They broke up in 2018, about four months before his death.

On September 7th of 2018, Mac Miller was found dead in his home. It was later revealed that he died from a drug overdose after taking cocaine, fentanyl, and alcohol. After his death, the Mac Miller Fund was established to help youth arts, community-building programs, and musicians struggling with substance abuse.

In 2019, three men were arrested in connection with Mac Miller's death. As it turned out, Mac Miller had unwittingly been sold fentanyl when he was actually just trying to buy Percocets, a prescription painkiller containing oxycodone. He also asked for cocaine and Xanax. Unfortunately, he received pills that were heavily laced with fentanyl, a drug that can easily cause overdoses because it is 50 to 100 times more potent than morphine. The man who sold the laced drugs to Miller, as well as two other men who were higher up in the drug supply chain, were charged with conspiracy and distribution of drugs resulting in death.

During his career, Mac Miller earned at least $20 million before taxes and various fees. He earned enough to be one of the 10 highest-earning rappers on the planet three years in a row from 2012 to 2014. During those years, he earned $6.5 million, $6 million, and $7 million respectively for a total of $19.5 million.

In his will, Mac Miller named his mother, father, and brother as beneficiaries. Legal documents revealed that only a small portion of his estate added up to $4.48 million. This amount mostly came from his bank accounts and his 200 shares of Facebook stock, which were reportedly worth $32,000. The rest of his estate came from his collection of cars, collectibles, art, and other potentially valuable items, adding up to a total of $9 million.