What is Lupe Fiasco's Net Worth?

Lupe Fiasco is a rapper, singer, songwriter and record producer who has a net worth of $6 million. Lupe Fiasco rose to stardom in 2006 with his debut album "Lupe Fiasco's Food & Liquor." He later had success with his single "Superstar" and his album "Lasers," and also began performing as the frontman of the rock band Japanese Cartoon. Beyond music, Fiasco has two clothing lines, and is involved in a number of charitable endeavors.

Lupe Fiasco, whose real name is Wasalu Muhammad Jaco, was born on February 16, 1982 in Chicago, Illinois as one of nine children of Shirley, a chef, and Gregory, an engineer who also taught karate and owned karate schools and army surplus stores. Fiasco was raised Muslim, and at the age of three, began taking martial arts classes. After his parents divorced when he was five, he was raised by his mother. Later, as a preteen, Fiasco moved to Harvey, Illinois to live with his father, who resided next to a crack house. Due to this situation, he was taught how to use guns to defend himself from drug dealers. Fiasco was able to transcend his circumstances by excelling in school, participating in Academic Decathlon competitions, and writing poetry. In the eighth grade, he started to rap his poems, and eventually decided to pursue a career in hip hop after hearing Nas' album "It Was Written." Fiasco went on to attend Thornton Township High School, where he met and began making mixtapes with gang member Bishop G.

At the age of 18, Fiasco started to create music as a solo artist in his father's basement. He subsequently joined the group Da Pak, which signed to Epic Records and released a single before disbanding. Fiasco continued to record music, however, and had a turning point when he released his self-recorded track "Could Have Been." Released as a demo tape, the song was ultimately discovered by MTV; following this, Fiasco signed a solo deal with Arista Records. Although he was only with the label for a short time, he was introduced to Jay-Z, who helped him secure a deal with Atlantic Records. While working on his debut solo album, Fiasco released a digital mixtape series called "Fahrenheit 1/15."

After remixing Kanye West's song "Diamonds from Sierra Leone," Fiasco was invited by West to perform on his song "Touch the Sky." A success, Fiasco followed this with his first single, "Kick, Push," which helped gain him recognition in the hip hop community. He then achieved his breakthrough in 2006, when he released his debut album "Lupe Fiasco's Food & Liquor." In addition to "Kick, Push," it featured the singles "I Gotcha" and "Daydreamin'." The album received great critical acclaim, and went on to earn three Grammy Award nominations, winning one for Best Urban/Alternative Performance. Fiasco continued his success with his second album, 2007's "Lupe Fiasco's The Cool," which spawned the top-ten Billboard Hot 100 hit single "Superstar." Moreover, it launched the Grammy-nominated single "Paris, Tokyo." 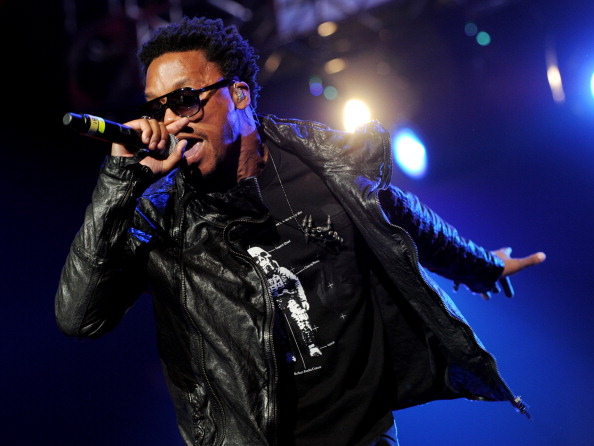 Following controversial delays by his label Atlantic Records, Fiasco's third album, "Lasers," finally came out in 2011. Although it was ambivalently received by critics, it was a significant commercial hit and debuted at number one on the Billboard 200. "Lasers" went on to earn Grammy nominations for Best Rap Album, Best Rap Performance, and Best Rap Song for "The Show Goes On." Fiasco's next album, "Food & Liquor II: The Great American Rap Album Pt. 1," came out in 2012; it spawned the singles "Around My Way (Freedom Ain't Free)" and "Battle Scars," the latter of which was a collaboration with Australian singer Guy Sebastian. Other singles were "Go to Sleep" and "Bitch Bad." Although the album was initially supposed to be released as a double disc, Fiasco canceled his plan to release the second part in 2013.

In 2015, Fiasco released his fifth studio album, "Tetsuo & Youth." Debuting at number 14 on the Billboard 200, it was supported by the lead single "Deliver." Following his departure from Atlantic, Fiasco signed with Thirty Tigers and released his next album, "Drogas Light," in 2017. A follow-up called "Drogas Wave" came out in 2018.

Fiasco has embarked on various side projects and collaborations as a recording artist. In 2007, he formed the hip hop supergroup Child Rebel Soldier with Pharrell Williams and Kanye West. The next year, he launched a rock band called Japanese Cartoon, and took his other band 1500 or Nothin to join Kanye West on tour. Later, in 2010, Fiasco formed the hip hop collective All City Chess Club with a number of other artists.

As an entrepreneur, Fiasco co-founded the independent record label 1st & 15th Entertainment in 2001. In 2005, he founded the company Righteous Kung-Fu, which designs such items as sneakers, comic books, album covers, and skateboard decks; through the company, he also runs the fashion line Trilly & Truly. Additionally, Fiasco partnered with footwear manufacturer Reebok in 2006 as part of a campaign for rappers to design sneakers.

On the philanthropic side of things, Fiasco joined numerous celebrities and activists for an expedition to the summit of Mount Kilimanjaro in early 2010, raising awareness of the billions of people lacking access to safe drinking water. Shortly after this, he released a song with Kenna called "Resurrection"; part of a Music for Relief charity compilation, it encouraged donations to support relief efforts following the Haiti earthquake. 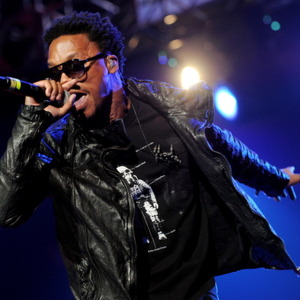