What is Lizzo's Net Worth?

Lizzo is a singer, songwriter, and rapper who has a net worth of $12 million. Lizzo rose to stardom with her 2019 album "Cuz I Love You," which spawned the hit singles "Juice," "Tempo," and "Truth Hurts." Her other credits include the albums "Lizzobangers" and "Big Grrrl Small World," and the smash single "Good as Hell." Beyond her music career, Lizzo has appeared in films such as "Hustlers" and "UglyDolls."

Lizzo, whose real name is Melissa Viviane Jefferson, was born on April 27, 1988 in Detroit, Michigan. When she was 10, she moved with her family to Houston, Texas. There, she received classical training in the flute by esteemed music teacher Claudia Momen. Lizzo began rapping as a teen, and at the age of 14, formed a music group with her friends called Cornrow Clique. She went to Alief Elsik High School, and subsequently enrolled at the University of Houston to study classical music. Following the death of her father, Lizzo lived out of her car for a year while she attempted to break into the music industry. In 2011, she moved to Minneapolis, Minnesota.

In Minneapolis, Lizzo became part of the electro soul-pop duo Lizzo & the Larva Ink. She also helped form the three-piece female rap group the Chalice, which released its first album, "We Are the Chalice," in 2012.

In October of 2013, Lizzo released her debut studio album, "Lizzobangers," which included the tracks "Faded," "Batches & Cookies," and "Paris." Following this, she was featured alongside her former Chalice bandmates on the song "BoyTrouble" from Prince's album "Plectrumelectrum." On December 11, 2015, Lizzo released her second studio album, "Big Grrrl Small World." Music videos were created for the songs "Humanize" and "My Skin."

After signing with Atlantic Records in 2016, Lizzo released her first major-label EP, "Coconut Oil." Departing from her previous hip hop-focused releases, the EP explored issues including body positivity and self-love. Moreover, it featured the hit single "Good as Hell," and became Lizzo's first release to chart when it peaked at number 44 on the Top R&B/Hip-Hop Albums chart. In early 2019, Lizzo released "Juice," the lead single from her third album; a few months later, she released that album, entitled "Cuz I Love You." The album became Lizzo's commercial breakthrough, debuting at number six on the Billboard 200 and later reaching number four. Around the same time, her 2017 single "Truth Hurts" began gaining popularity, and was eventually added to the deluxe version of "Cuz I Love You." The song soon became Lizzo's first number-one hit on the Billboard Hot 100, spending seven weeks in that position. Her other single, "Good as Hell," made it into the top three. 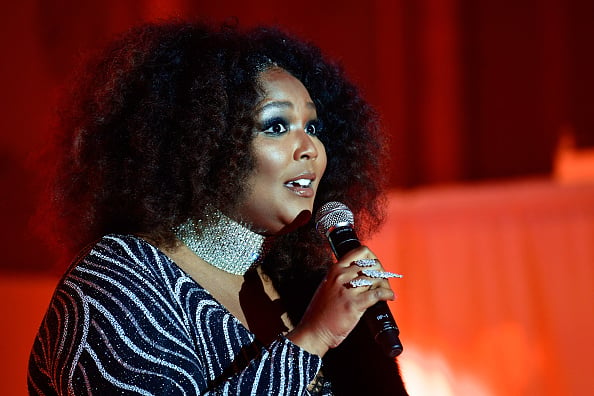 Early on in her career, Lizzo opened for singer-songwriter Har Mar Superstar and also sang in his band. She then performed "A Change is Gonna Come" with St. Paul and the Broken Bones. In October of 2014, Lizzo was a musical guest on the "Late Show with David Letterman." Later, as she was becoming more famous, she performed for the first time at the Coachella Music Festival. She subsequently performed at the 2019 BET Awards, the Glastonbury Festival, and the Indianapolis and Sacramento pride festivals. In December of 2019, she made her debut as a musical guest on "Saturday Night Live." The following year, she headlined FOMO Festival and performed a sold-out show at the Sydney Opera House. Lizzo subsequently opened the 62nd Annual Grammy Awards with a medley of "Truth Hurts" and "Cuz I Love You."

Due to her incredible success, Lizzo was nominated for Push Artist of the Year and Best New Artist at the MTV Video Music Awards in 2019. Even greater recognition came at the 62nd Annual Grammy Awards, where Lizzo received eight nominations and was the most nominated artist of the year. She ended up winning three on the night, including Best Urban Contemporary Album, Best Traditional R&B Performance for "Jerome," and Best Pop Solo Performance for "Truth Hurts." In addition to her Grammy Awards, Lizzo has won Billboard Music, BET, and Soul Train Music Awards.

As an actor, Lizzo made her debut voicing the character of Lydia in the 2019 animated musical comedy "UglyDolls." Later in the year, she appeared in-person in the crime dramedy "Hustlers," playing a stripper named Liz. She acted alongside stars Jennifer Lopez, Constance Wu, Julia Stiles, Keke Palmer, Mercedes Ruehl, and fellow rapper Cardi B.

Made subject to body shaming throughout her early life and career, Lizzo has become an outspoken advocate for body positivity, confidence, and self-love. To increase visibility, her back-up dancers, known as the Big Grrrls, are all plus-size women. Additionally, Lizzo is a major ally of the LGBTQ community, amassing a strong following of fans whom she has dubbed "Lizzbians." Commemorating the 50th anniversary of the Stonewall riots in June of 2019, the online magazine Queerty named Lizzo a "trailblazing individual who actively ensures society remains moving towards equality, acceptance and dignity for all queer people." When asked about her own sexuality, Lizzo stated that she doesn't "ascribe to just one thing." 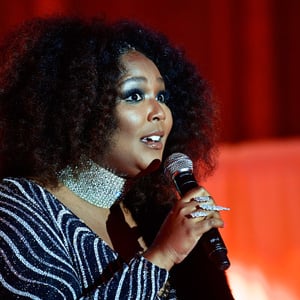