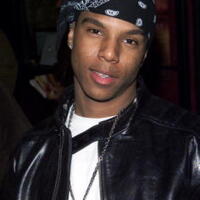 Lil Zane Net Worth: Lil Zane is an American rapper and actor who has a net worth of $2.5 million. Zane Copeland, Jr. (aka Lil Zane) was born July 11, 1982 in Yonkers, New York. He is best known for his debut album Young World: The Future, released in 2000, which featured the single Callin' Me featuring 112. Blessed with natural stage presence from a young age, he was already touring with 112 while recording his debut album at the age of 17. He is affiliated with World Wide Entertainment's team of hit-making beatmakers who have laced tracks for artists such as the late, great The Notorious B.I.G., Total, Faith, New Edition, newcomers The Anngenetta Boys, Boss Howg, 112, Puff Daddy and Slick Rick. Above all else, Zane professes (on his own web site) to believe firmly in the concept of family, both blood and musical. He says of the World Wide clique, "Our slogan is 'United We Stand, Together We Ball', our thing is unity. As long as we stay together and as long we focus and function as a family, we're always gonna be able to make money and we're always gonna be able to shine together." In 2012 Zane was critically injured in an early morning car collision which left two of his crew members, including security personnel, in the ICU with internal bleeding. He was leaving a charity event in Tampa, Fl. which he performed at, when the power steering of the vehicle he was driving failed, causing the vehicle to be stalled parallel along the lanes of a busy highway before being struck by a speeding SUV. Zane has also been in several movies and television shows, including Cuttin' da Mustard, The Parkers, A Day in the Life, Motives, The Fighting Temptations, Dr. Dolittle 2, Girlfriends and Finding Forrester.