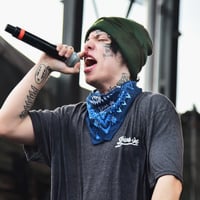 What is Lil Xan's Net Worth?

Lil Xan is an American rapper who has a net worth of $300 thousand. Lil Xan rose to prominence with his 2017 single "Betrayed," which reached number 64 on the Billboard Hot 100. He subsequently released his debut album, "Total Xanarchy," in 2018. Lil Xan has also released a number of mixtapes and EPs, including "Heartbreak Soldiers," "Fireworks," and "have a nice day."

Lil Xan released the single "Betrayed" in 2017 which reached #28 on the US R&B/Hip-Hop chart as well as #67 on the Billboard Hot 100 and #49 in Canada. Today his music video for Betrayed has over 230 million views on YouTube. In total his YouTube channel has 1.6 billion views. Lil Xan's debut studio album Total Xanarchy was released in 2018. On September 16, 2018 Lil Xan announced he was retiring from music in the wake of Mac Miller's death.

Lil Xan, whose real name is Nicholas Diego Leanos, was born on September 6, 1996 in Redlands, California. He was poor for most of his early life, and lived in motels. As a teen, Leanos began going to Redlands East Valley High School, but dropped out during his freshman year. He subsequently landed a job cleaning streets; he also sold drugs during this time. Leanos soon decided he wanted to pursue a career in photography. However, after his camera was stolen, he chose to pursue a rapping career instead.

Leanos began his rapping career on the online media-sharing platforms SoundCloud and YouTube. He adopted the stage name Lil Xan, derived from the popular benzodiazepine drug Xanax. In 2016, he released the EP "CITGO" as a digital download. Lil Xan had his career breakthrough in the summer of the following year with his single "Betrayed," which made it to number 64 on the Billboard Hot 100. The song addresses Lil Xan's struggles with Xanax addiction, as well as his past relationships. In early 2018, Lil Xan released an official remix of "Betrayed" featuring guest verses by Rich the Kid and Yo Gotti. The music video for the song has amassed over 300 million views on YouTube.

Lil Xan released his debut studio album, "Total Xanarchy," in the spring of 2018. The album features guest appearances by such artists as Charli XCX, 2 Chainz, Diplo, and Yo Gotti. It was supported by the singles "Slingshot," "Betrayed," "Far," "Wake Up," and "Color Blind." On the cover of the album, Lil Xan appears topless with his teeth bared in a manic grin and his hair draped across his face. Tattoos are evident around his neck and over his left nipple. Although it was poorly received by critics, "Total Xanarchy" did well commercially, reaching number ten on the Billboard 200. 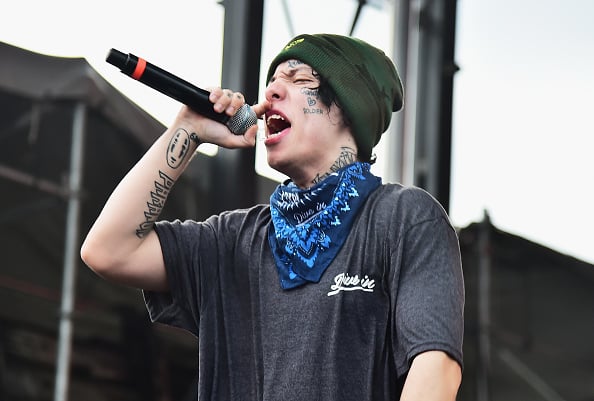 Lil Xan has released numerous non-album singles, and has been a featured artist on the singles of many other artists. His non-album singles as a lead artist have included "Vicodin," "Crash the Whip," "Live or Die," "Watch Me Fall," "Jewelry," "Midnight in Prague," "Like Me," "Miss Me," and "Rebound." As a featured artist, he has appeared on such singles as "Lost," by Joei Razook; "Wait," by Kid Kaze; "I Might," by $teve Cannon; "XOXO," by Jumex; "Lost at Sea," by Lucifena; and "TITI," by Diablo.

Stylistically, Lil Xan embraces the hip hop, trap, mumble rap, and emo rap genres and subgenres. He has cited Drake, Pharrell Williams, Mac Miller, and N.E.R.D. as influences on his music. Lil Xan has also mentioned Cage the Elephant, Arctic Monkeys, and Queens of the Stone Age as musical influences.

In the summer of 2018, Lil Xan began a relationship with actress, singer, and songwriter Noah Cyrus, with whom he released the collaborative song "Live or Die." The couple broke up later in the year on account of alleged infidelity on both sides of the relationship. Lil Xan subsequently began dating Annie Smith, to whom he soon got engaged. In early 2019, he announced that he was expecting a child with Smith; she later announced that she had a miscarriage. Lil Xan revealed in an interview shortly after that he suspected Smith was faking her pregnancy, as ultrasound photos she had posted on social media were identical to ones found on Google's search engine.

Lil Xan has been very forthcoming about his addiction to Xanax and other benzodiazepines and opiates. He has said he beat his addiction after two years. For a time, he considered changing his stage name to Diego in support of his anti-drug stance, but ultimately decided against it.