What is Lil Uzi Vert's net worth?

Lil Uzi Vert is an American hip hop artist who at times been one of the highest paid rappers in the world. As of this writing, Lil Uzi Vert has a net worth of $25 million. Between September 2017 and September 2018, Lil Uzi Vert earned an astounding $20 million. That was enough to make him one of 20 highest-paid rappers on the planet for that time frame. In the same time period he had 3.5 billion streaming views and played an impressive 76 live shows around the world.

On February 3, 2021, Lil Uzi Vert posted a video to Instagram in which he showed off a pink diamond that he had apparently affixed to his forehead. He further claimed that he spent $24 million on the diamond. Lil Uzi claimed to have saved up for four years to buy the diamond which he claimed was 10-11 carats. He claimed the diamond cost more than his entire car collection and his home. The actual value of the diamond and veracity of his claims are unconfirmed as of this writing. In the time that we have been tracking Lil Uzi Vert's net worth, we estimate that his total gross income since becoming a super star is $30 million. That's pre-tax. It seems highly unlikely and improbable, at least with the data we have, that Lil Uzi did in fact spend $24 million on a single diamond. The NYPost article which broke the story also seemed to be promoting the jewel's designer a little bit heavy-handidly.

Lil Uzi Vert was born Symere Woods in Francisville, North Philadelphia, Pennsylvania on July 31, 1994. Mike Jones' debut album was the first album Woods ever purchased. He later began listening to Ying Yang Twins, Wiz Khalifa, Marilyn Manson, Paramore, and Meek Mill, all of whom influenced his future style. He was in tenth grade when he began rapping, after hearing a classmate freestyle over a remade Chris Brown instrumental. He and two friends started a rap group called Steaktown. Woods dropped out of high school and started working at a Bottom Dollar grocery store, which he quit after four days and was subsequently kicked out of his house by his mother. This was the push he needed to start taking his rapping career seriously.

Woods changed his name to Lil Uzi Vert from the way someone described his rap flow, saying it was "fast, like a machine gun." Woods released his first project, the EP "Purple Thoughtz Vol 1." on January 19, 2014. The Guardian described the production as psychedelic and "trippy." The single "White Shit" included a video that went viral in 2017 after Woods had entered the mainstream. Woods caught the attention of ASAP Mob and producer Don Cannon after the release of the album. Cannon signed Woods to his The Academy imprint and produced his first mixtape, "The Real Uzi", which released in August 2014. Woods then signed a record deal with Atlantic Records and was featured alongside Rich the Kid and ASAP Ferg on Carnage's single "WDYW."

Woods also released several sounds on SoundCloud produced by Metro Boomin and was featured on Fall Out Boy and Wiz Khalifa's "Boys of Summer" tour in August 2017. His second mixtape, "Luv is Rage", was released on October 20, 2015. Woods was called a "breakout artist of 2015" by HotNewHipHop.

In 2016, Woods released the single "Money Longer" on his SoundCloud. The song debuted at No. 92 on the Billboard Hot 100 and peaked at No. 54. It was certified 2x Platinum. In March 2016, a riot broke out at SxSW during Woods' set. The following month, Uzi released his third mixtape and first commercial mixtape, "Lil Uzi Vert vs. the World." It debuted at No. 37 on the Billboard 200 chart and spent 55 weeks there. The album was eventually certified Gold. Woods joined forces with Kodak Black on a tour in May 2016, the Parental Advisory Tour. Uzi was named as one of the ten 2016 XXL Freshman that summer. 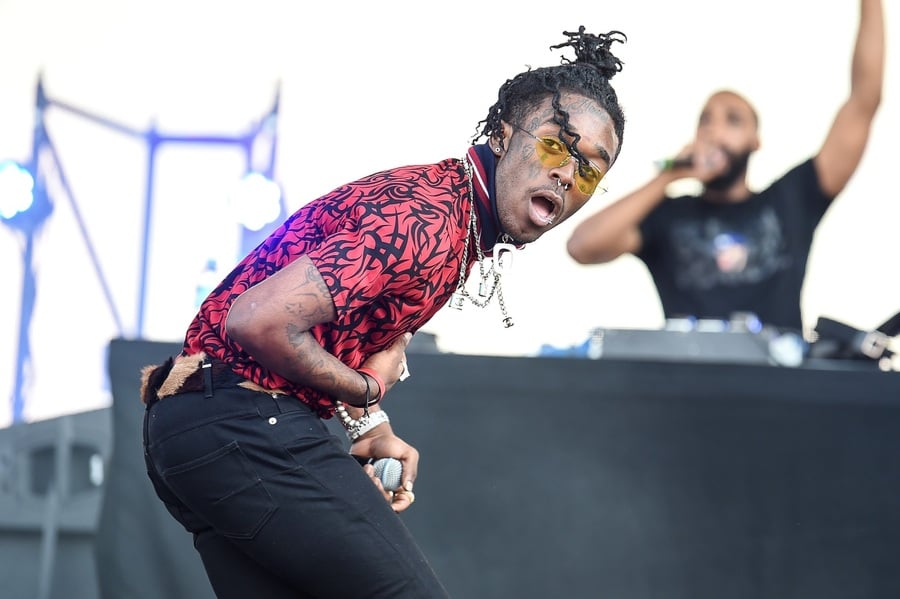 Woods' second entry on the Billboard 200 chart was with "You Was Right", which debuted at No. 89 in July 2016 and peaked at No. 40. That same month, he announced his fourth mixtape, "The Perfect LUV Tape." The mixtape, which was released on his 22nd birthday, featured the singles "Seven Million" and "Erase your Social", which both failed to chart on the Billboard Hot 100. The mixtape debuted at No. 55 on the Billboard 200 and was certified Gold. Uzi has collaborated with artists including A$AP Ferg, Mac Miller, and Post Malone. In November 2016, he released a collaboration mixtape with Gucci Mane. He was featured on Migos' single "Bad and Boujee" in August 2016. In January 2017, the song debuted atop the US Billboard Hot 100, which made it Uzi's first No. 1 single as a lead or featured artist and his highest-charting single as both.

In February 2017, Woods released the EP "Luv is Rage 1.5" while on tour with The Weeknd. The standout tracks were "Luv Scars K.o 1600" and "XO Tour Llif3," which experienced significant popularity on SoundCloud. The song peaked at No. 7 and was certified platinum.

In December 2019, Uzi released a new single titled "Futsal Shuffle 2020", the lead single of his announced second studio album "Eternal Atake". On March 6, 2020, "Eternal Awake" was released a week early. It debuted atop the Billboard 200 and garnered 400 million streams in early 2020, marking the largest streaming count for any album since 2008. On April 24, 2020, Lil Uzi released a new single titled "Sasuke", the first since the release of the deluxe version of "Eternal Awake." In the summer of 2020, Uzi appeared on a remix of StaySoldRocky's "Party Girl" and also teamed up with Future for a joint project titled "Pluto x Baby Pluto."

Woods dated fashion designer Brittany Byrd from 2014-2017. Byrd was attending Parsons School of Design after moving to California to attend the school when she met Woods. There are multiple mentions over several songs of Byrd in Woods' music. She also appeared in the music video for Woods' breakout single "Money Longer."

After the death of rapper Lil Peep, Uzi announced he was quitting drugs and attempting sobriety. After the death of another fellow rapper and friend XXXTentacion, Woods took to social media to ask other rappers to help build a foundation against gun violence. 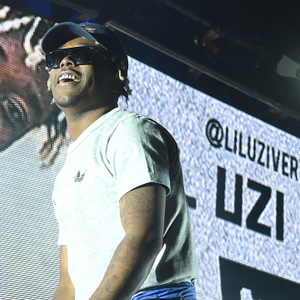