Lil Skies net worth: Lil Skies is an American rapper who has a net worth of $3 million. Lil Skies was born in Chambersburg, Pennsylvania in August 1998. His father is a musician known as Dark Skies and introduced Lil Skies to music. He recorded his first song at just four years old. Lil Skies released his debut mixtape Alone in 2017 after opening for Fetty Wap in 2016. His debut single "Red Roses" reached #69 on the Billboard Hot 100 chart. Lil Skies released the single "Nowadays" featuring Landon Cube which reached #55 on the Billboard Hot 100 chart. His debut studio album Life of a Dark Rose was released in 2018 and reached #10 on the Billboard Hot 200 chart. His styles include hip hop and trap and he has been signed to All We Got. Lil Skies studied at Shippenburg University but dropped out to focus on his music career. 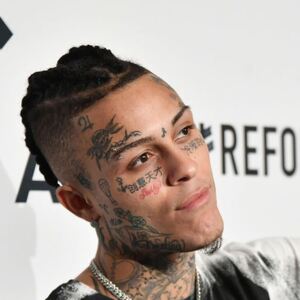