What is Lil Romeo's Net Worth?

Lil Romeo is an American rapper, actor, basketball player, entrepreneur, and model who has a net worth of $5 million. He first gained fame in the early 2000s as a rapper when he signed with No Limit Records. No Limit was founded by Lil Romeo's father, Master P.

Percy Romeo Miller, better known by his stage name Romeo (formerly Lil Romeo), was born in New Orleans, Louisiana, on August 19, 1989. Music and performing run in his family; his parents Master P and Sonya C were both rappers, he is the nephew of rappers C-Murder and Silkk the Shocker, the cousin of singer/rapper Mo B. Dick, and the brother of singer/actress Cymphonique Miller.

Romeo's career began early, at the age of five, when he was signed to Soulja Music Entertainment, a subsidiary label of No Limit Records, after he wrote a rap for his father Master P. Seven years later, he released his debut album "Lil' Romeo"(2001) with No Limit, which included the number one single "My Baby." The album performed well, peaking at number 6 on the Billboard 200, selling more than 200,000 copies in its first week. Eventually, it was certified Gold by the RIAA.

His second studio album "Game Time" was released in 2002, peaking at number 33 on the Billboard 200 and number 10 on the Top R&B/Hip-Hop Albums chart. Despite not performing as well as his debut album on the music charts, it was a commercial hit, selling 2,500,000 copies in the US. His third studio album "Romeoland" was released in 2004 with The New No Limit and Koch, and once again did not perform as well on the charts, peaking at number 70 on the Billboard 200. However, it was once again a commercial success selling over 250,000 copies in the US. This was the last album that billed him under the name "Lil' Romeo." 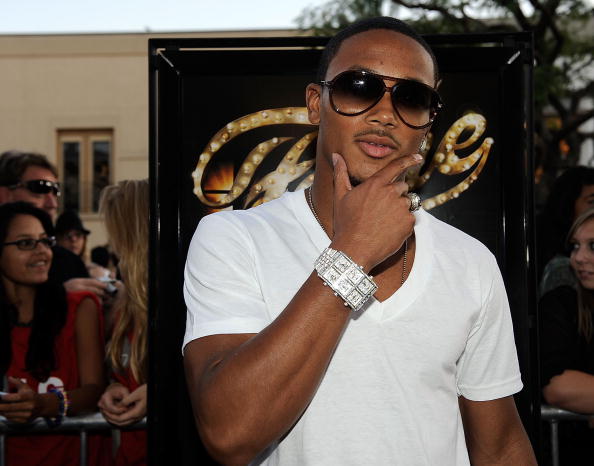 In 2005, Romeo teamed up with his father to found the record label Guttar Music Entertainment. That same year, he partnered with his brother Valentino Miller, and their cousins C-Los, Lil'D, and Willie J to form the rap group Rich Boyz. The group released their debut album "Young Ballers: The Hood Been Good to Us" via Guttar Music on November 22, 2005, but eventually disbanded. Romeo released his first solo project via Guttar Music in April 2006, his first digital album "Lottery." It was not only released by Guttar Music, but also in partnership with UrbanDigital and GoDigital Music Group. This was his first album under the name "Romeo." His second digital album "God's Gift" was released in December that same year.

Romeo continued his partnership with his father, and together they established the non-explicit record label Take A Stand Records in 2007. That same year, they formed the group Miller Boyz, releasing the album "Hip Hop History" in September. He continued working on music, releasing the solo album "Gumbo Station" in 2008, and following it up with the compilation album "Get Low LP" in March 2009. In late 2008, Romeo formed the record label The Next Generation Entertainment and worked with his group at the time, College Boyys. The College Boyys released their first album "Spring Break" in May 2010, which sold over 30,000 copies globally. Romeo has won three Billboard Awards, including Rap Artist of the Year in 2001.

In addition to music, Romeo pursued a career in acting as well. His first gig was a cameo appearance in the film "Max Keeble's Big Move" (2001), followed-up with his co-starring role alongside Jessica Alba, Mekhi Phifer, and Zachary Isaiah Williams in the film "Honey" (2003). Other film projects he has appeared in include "God's Gift" (2006), "Uncle P" (2007), "ASL" (2007), "Jumping the Broom" (2011), and "Madea's Witness Protection" (2012). He also starred in the Nickelodeon sitcom "Romeo!" playing a fictionalized version of himself from 2003 to 2006. He was a contestant on the 12th season of the popular dance competition reality show "Dancing With the Stars." He partnered with professional dancer Chelsie Hightower and the pair finished in the Top 5. Other television shows he has appeared on include "The Millionaire Matchmaker" (in 2015), "The Challenge: Champs vs. Stars" (in 2017), and "Celebrity Fear Factor" (in 2018). He has also hosted the MTV reality show "Ex on the Beach" since 2018.

His various entrepreneurial pursuits include the launch of his own clothing line, College Boyys, in July 2010, and starring in television commercials for McDonald's and ICDC Colleges. Additionally, Romeo enjoyed a successful high school and college basketball career, playing for Windward High School, Beverly Hills High School, and the University of Southern California. 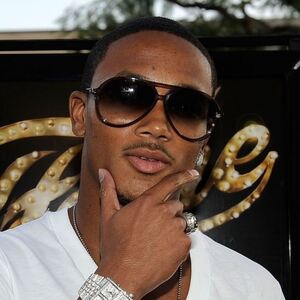