Lil Peep net worth: Lil Peep was an American rapper, singer, songwriter, and record producer who had a net worth of $300 thousand dollars at the time of his death. Lil Peep was born in Pennsylvania in November 1996 and passed away in November 2017. He was part of the post-emo revival hip-hop style.

Lil Peep's only studio album Come Over When You're Sober, Pt. 1 was released in 2017. The album reached #3 on the US Alternative chart as well as #13 on the US Rap, #16 on the US R&B/Hip-Hop, and #38 on the Billboard 200 charts. He released the mixtapes Lil Peep Part One, Live Forever, Crybaby, and Hellboy. Lil Peep also released the EPs Feelz, Vertigo, California Girls (with Nedarb Nagrom), Teen Romance, Castles (with Lil Tracy), and Castles II (with Lil Tracy). He had success with the singles "Awful Things" (featuring Lil Tracy) and "Spotlight" (with Marshmello). Lil Peep passed away on November 15, 2017 at 21 years old from a Fentanyl-Xanax accidental overdose. 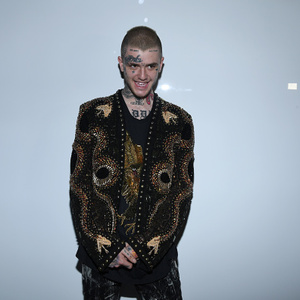