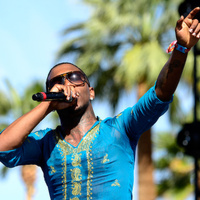 LIL B Net Worth

LIL B net worth: Lil B is a rapper and author who has a net worth of $4 million. Lil B earned his net worth as a member of the hip hop group, The Pack, and with his solo performances and recordings. Their song "Vans" was rated as the fifth best of 2006, by Rolling Stone Magazine. Lil B was just a teenager when he joined the group. After their release of Vans, they recorded Skateboards 2 Scrapers. Rappers, Too $hort and Mistah F.A.B. joined in the remix of Vans, which was part of the Skateboards 2 Scrapers release. The Pack released two albums, called "Based Boys" in 2007 and "Wolfpack Party" in 2010.

Lil B has also worked as a solo performer and released songs and through his websites and created more than 155 pages of MySpace with 1500 tracks uploaded of his recordings, such as, Wonton Soup, Pretty Bitch and more. He is also known for his albums, such as, Angels Exodus, Rain in England, I'm Gay, 6 Kiss, and Thraxx. In 2010 Lil B signed a contract with Amalgam Digital, where he released his album Angels Exodus and has a new Album coming called Glass Face, which features a remix of "All My Life" and "Exibit 6." He has been described as brilliantly warped, by Johan Weiner, a Slate columnist. Since his release of the album "I'm Gay" Lil B has received several death threats. Even though the title may imply that Lil B is homosexual, he says he is not, and that he's simply happy. According to Lil B, this recording was to try and help bring people together and teach them to accept each other for who they are. He feels there are more than enough rap songs portraying hate, violence and the lack of respect for women. He wanted to express the positives instead of the negatives in life, with the hopes that people may possibly try to understand and respect each other, instead of judging them. This rapper from Berkeley, California, was born in 1989, and began his career at the age of 16.