Lil' Flip Net Worth: Lil' Flip is an American rapper who has a net worth of $4 million. Wesley Eric Weston, Jr. (aka Lil Flip) was born March 3, 1981 in Houston, Texas. He is best known for his singles Sunshine, Game Over, The Way We Ball, I Can Do Dat and Rollin on 20's from the 2 Fast 2 Furious Soundtrack. In 2000, Lil' Flip independently released The Leprechaun, catching the attention of DJ Screw, who added the rapper into his loose-knit rap group called the Screwed Up Click. DJ Screw anointed Lil Flip, The Freestyle King. His debut album Undaground Legend was released by Columbia/LOUD Records. The album debuted at No. 12 on the Billboard 200 with 68,000 copies sold in the first week. The album was certified Platinum in December 2002. U Gotta Feel Me is his most successful album to date. The album debuted at No. 4 on the Billboard 200 chart with 198,000 copies sold in the first week and becoming Lil' Flip's highest charting album to date. The first single Game Over (Flip), reached No. 8 on the Hot R&B/Hip-Hop Songs charts and No. 15 on the Billboard Hot 100. The follow-up single, Sunshine, featured newcomer Lea and went to No. 2 on both the Billboard Hot 100 and Hot R&B/Hip-Hop Songs, becoming Lil' Flip's biggest hit of his career. The album was certified Platinum in August of 2004 and has sold over 1 million copies in the U.S. to date. Ahead of My Time, his sixth studio album, was released on July 6, 2010. Lil' Flip released two album-before-the-album's in 2009 to help promote the release of Ahead of My Time; the two albums were Respect Me and Underground Legend 2. In 2013, Lil' Flip released his fifth album, The Black Dr. Kevorkian, on October 31, 2013. Lil' Flip released his first book, Don't Let the Music Industry Fool You, which was released with a soundtrack album. 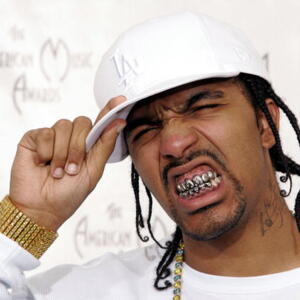