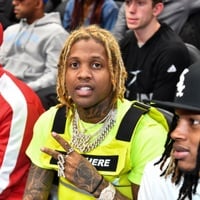 What is Lil Durk's net worth?

Lil Durk is an American rap artist who has a net worth of $8 million dollars. He is the founder of the record label Only the Family, or OTF. Durk rose to popularity following the release of his mixtape series "Signed to the Streets" in 2013, which lead to a record deal with Def Jam.

He was born on October 19, 1992 in Chicago Illinois. Lil Durk, also known as Durk D. Banks, grew up in the tough neighborhood of Englewood on Chicago's South Side. His father went to prison when Durk was just seven months old. Durk has recalled that they were times when there was not enough food in his home when he was growing up.

Durk had his first breakthrough at a young age through social media, across channels like MySpace and YouTube. Durk became a father for the first time at age 17 and dropped out of Paul Robeson High School to join a street gang in Chicago called the Black Disciples. He began to run into trouble with the law and was brought up on multiple gun charges, pleading guilty to aggravated unauthorized use of a weapon. 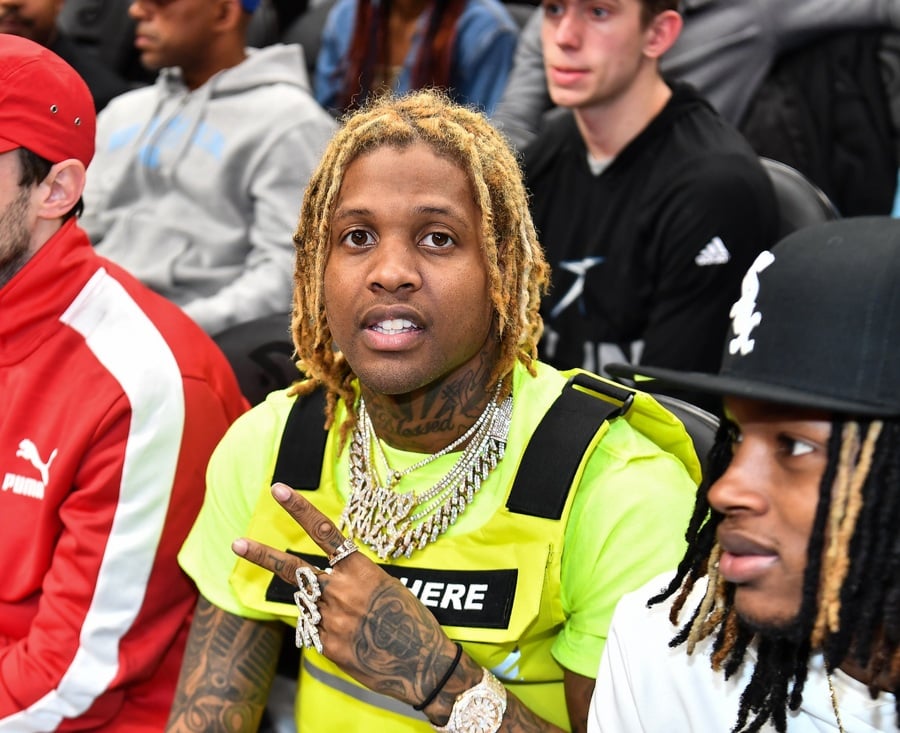 Lil' Durk released his first mixtape in 2011. Unfortunately, he was sent to jail around the same time on weapons charges. After being released a few months later, he returned to focusing on his rap career. He released a second mixtape, "I'm Still a Hitta", in 2012. His track, "Sneak Dissin'", began to gain attention, and he began guest performing on other artists' tracks, including Lil Reese, Fredo Santana, King Louie, and Chief Keef. He subsequently released another mixtape in 2012.

He began to gain wider notice in 2013, releasing another mixtape, "Signed to the Streets", and guest performing on tracks by Jim Jonez, Trae da Truth, and Chinx Drugz, among other artists. In 2013, Rolling Stone named "Signed to the Streets" the 8th Best Mixtape of the Year. He was sent back to jail in early 2013, but was released in mid-summer. He subsequently signed with Def Jam Records and released his debut studio album Remember My Name in 2015. The album reached #2 on the US Rap and US R&B/Hip-Hop charts and #14 on the Billboard 200 chart.

Lil Durk released his second studio album Lil Durk 2x in 2016 and it reached #4 on the US Rap chart, #5 on the US R&B/Hip-Hop chart, and #29 on the Billboard 200 chart. His most successful single "My Beyonce" (featuring Dej Loaf) reached #21 on the US Rap chart. Lil Durk has also collaborated with several other artists including Meek Mill, French Montana, Travi$ Scott, will.i.am, Young Thug, Boosie Badazz, RiFF RaFF, and more. He was nominated for Best Rapper of 2016.

In April 2020, Durk hit the Billboard Hot 100 for the first time when he released his single "Viral Moment" off his fifth studio album, 2020's "Just Cause Ya'll Waited 2." Lil Durk saw more commercial success with singles such as "3 Headed Goat" featuring Polo G and Lil Baby, as well as as "Backdoor" and "The Voice." His joint album with Lil Baby, "The Voice of the Heroes" was released in 2021 and became his first release to debut at the top of the Billboard 200 charts. In August 2021, Lil Durk appeared as a guest on Kanye West's tenth studio album "Donda."

Lil Durk is a practicing Muslim. Lil' Durks' father Dontay Banks Sr. served two life sentences without parole. The details have never been disclosed. Durk is the father to six children, each from a different mother. His kids are named Angelo, Bella, Zayden, Du'mier, Skylar, and Willow.

Durk's cousin, rapper McArthur "OFT Nunu" Swindle," was murdered. The following year in March 2015, Durk's friend and manager, Uchenna OTF Chino Dolla Agina, was shot dead. On November 6, 2020, Lil Durk's close friend King Von was also murdered in Atlanta. On June 6, 2021, Durk's brother Dontay "DThang" Banks Jr. was tragically killed at a Chicago nightclub. In July 2021, Durk was the victim of a home invasion. He and his fiance exchanged gunfire with the suspects, and the suspects fled the scene. Fortunately, no one was hurt.

Lil Durk continued to run into trouble with the law after his 2011 weapon charge. After he was released on bond, he was sent back to serve an additional 87 more days. On June 5, 2013, Banks was arrested again on South Green Street in Chicago after he was accused of throwing a loaded handgun into his car when approached by police. Lil Durk was held on a $100,000 bond. His lawyer claimed to have nine witness affidavits who confirmed Durk's innocence, with one witness admitting the gun was his. Durk was released in July 2013.

In September 2015, mere hours before a scheduled concert at the Theatre of Living Arts in Philadelphia, Pennsylvania, there was a shootout that tragically left one man dead and left Lil Durk's tour bus damaged by gunfire. Durk was reportedly not involved and was not arrested or questioned by police. In August 2016, Dirk was arrested on felony gun charges: the judge subsequently dropped the charges and Durk was cleared.

In June 2019, Durk, along with friend King Von, were arrested on attempted murder charges. The two men, according to prosecutors, robbed and shot a man outside of a busy Atlanta drive-in. They allegedly robbed the man over a Jeep Cherokee and $30,000. After a few weeks in jail, Durk and Von were released on bonds of $250,000 and $300,000.