How much is Lil Dicky Worth?

Lil Dicky net worth: Lil Dicky, whose real name is David Andrew Burd, is an American rapper and comedian who has a net worth of $8 million. He is part of a wave of entertainers to have first found notoriety and fame on the YouTube video streaming platform, and has since parlayed his online success to legitimate work in the music industry, working with everyone from Fetty Wap to legendary rapper Snoop Dogg, and even his own original series on FX.

Early Life: Lil Dicky was born in Cheltenham Township, Pennsylvania on March 15, 1988. He graduated from the University of Richmond in 2010, before moving to San Francisco for a job in the accounting department at the Goodby, Silverstein & Partners ad agency. His first entry into professional creative work came after he decided to deliver his mandatory monthly progress report in the form of a rap video, after which the agency moved him into the creative department where he began writing copy for advertising campaigns, including some for the NBA.

Rap Career: Lil Dicky is best known for his music video for his song "Ex-Boyfriend" that went viral and had over one million views on YouTube in 24 hours. He's gone on to considerable success in the rap game, but he says that he despite being a lifelong music fan he only got into rap as a stepping stone to other things he was really interested in, like comedy and screenwriting. Nevertheless, his comedically-inflected rap songs have given him most of his fame, and  As of this writing, Lil Dicky's YouTube channel has almost 7 million subscribers and his videos have been viewed more than 1.7 billion times. His most popular video, "Freaky Friday feat. Chris Brown" has been viewed more than 600 million times.

But it all started in 2011, when Dicky began work on his debut mixtape, So Hard, envisioning it as a way to break onto the comedy scene. Finishing the mixtape while still working his advertising job was a lengthy process, taking him some two years, but in 2013 his work paid off when the debut single off the mixtape "Ex-Boyfriend" went viral, racking up millions of views almost as soon as he posted it online. Following the success of the video for "Ex-Boyfriend," Dicky began releasing new music and videos as part of a series entitled Hump Days, which eventually ballooned to 15 videos and 32 songs. At that point, he said that he had essentially "run out of money" and turned to Kickstarter in order to let his fans fund "phase 2" of his career in rap. The monthlong Kickstarter campaign, which had a fundraising goal of $70,000, exceeded that goal by a significant margin, and phase 2 of Lil Dicky's career officially began. 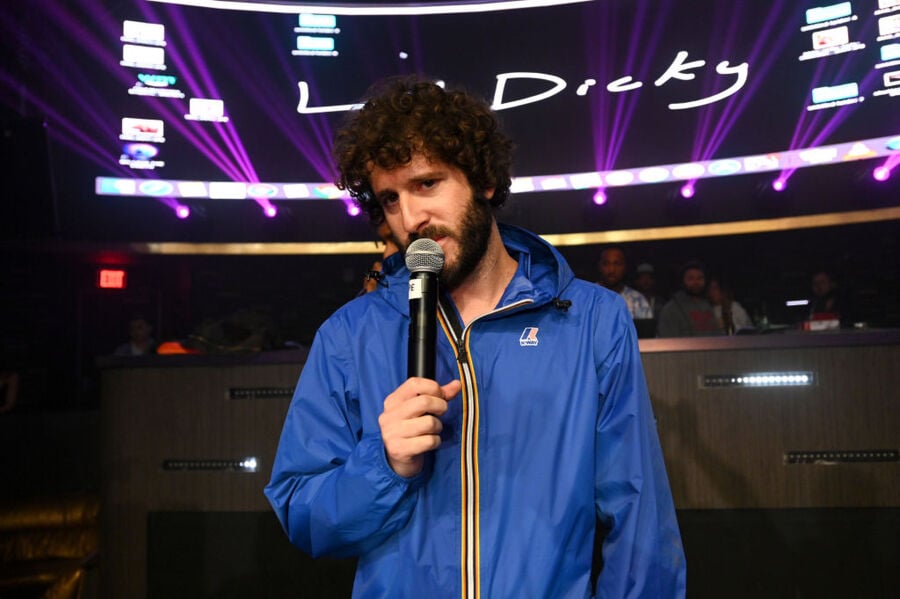 That meant a live performance debut in Philadelphia in 2014, a contract with the CMSN talent agency, and eventually Lil Dicky's debut studio album Professional Rapper was released in 2015. The album reached #1 on the US Rap, US Indie, and US Comedy charts. It reached #2 on the US R&B chart and #7 on the Billboard Hot 200 chart. His single "Save Dat Money" (featuring Fetty Wap and Rich Homie Quan) reached #2 on the US Comedy charts and his single "Professional Rapper" (featuring Snoop Dogg) reached #1 on the same chart. Then in 2016, he signed an endorsement deal with condom brand Trojan, releasing a video entitled "The Big Talk" sponsored by the brand.

In 2017, Lil Dicky's music video for the track "Pillow Talking" was reportedly in the top 50 most expensive videos ever produced thanks to its elaborate special effects. That same year, he introduced fans to "Brain," his alter-ego, in the EP I'm Brain. Then in 2019, he released one of his highest-profile projects yet, the single "Earth," in conjunction with the Leonardo DiCaprio Foundation and featuring Ariana Grande, Justin Bieber, Ed Sheeran, and Shawn Mendes. Then, in March of 2020, Lil Dicky was introduced to a brand new audience with the FXX original series Dave, on which he plays a fictionalized version of himself.

Lil Dicky has said in interviews that despite his undeniable success as a rapper he sees himself more as a comedian "playing the part" of a rapper, and that he has more to offer in addition to his abilities behind a microphone. He has also said he sees himself as an alternative to braggadocio-focused trends in hip hop: "I think a lot of rap is just escalated to a place that many people can't relate to… My niche is that I'm relatable. I don't rap about going to the club and popping bottles." As his chief influences, Lil Dicky has cited J. Cole, A$AP Rocky, Snoop Dogg, as well as fellow comedian-turned-rapper Donald Glover, aka Childish Gambino.

Lil Dicky Quotes On Money: "You hear a lot of rap songs about spending money. I thought, wouldn't it be funny to make a song about saving money because it's ironic, but beyond irony, I genuinely have pride in saving money."

"I'm a relatively cheap person who, to me, it's not cool to overspend; it's cool to get a great deal."


Real Estate: In 2018, Lil Dicky reportedly clamped down an impressive cottage in a trendy area of Venice, CA, paying $2.5 million for a 2,162-square-foot  literally surrounded by a white picket fence. And in Venice where space is a premium, the house sits on a lot that spans less than an acre, but it's a good two-floor home with room for guests, including one guest room that adjoins the master suite as well as another separate guest room. 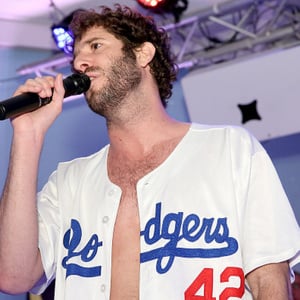