Lil Chuckee Net Worth: Lil Chuckee is an American rapper who has a net worth of $2.5 million dollars. Lil Chuckee was born Rashad Ballard in New Orleans where he was a great student and knew he wanted to be a rapper at nine years old. He currently lives in Atlanta as Hurricane Katrina wiped out his family's home. Working with Lil Wayne, Lil Chuckee released five mixtapes by the time he was 16 years old. Lil Chuckee was discovered by Weezy at a video shoot. Lil Chuckee also appeared on 2 tracks off the Gold certified "We Are Young Money" compilation album, one of which was released as a single with a music video. This was called "Girl I Got You" and was Lil Chuckee's first time in the mainstream media. Lil Chuckee is youngest rapper ever signed to Lil Wayne's Young Money Label. Lil Chuckee has made appearances in more than 35 music videos and songs from his mentor Lil Wayne and performed on several talk shows. Lil Chuckee has done charity works performing in over 250 shows for Hurricane Katrina victims. Lil Chuckee already started a charity himself called S.O.C.K. (Save Our Community Kids In New Orleans.) 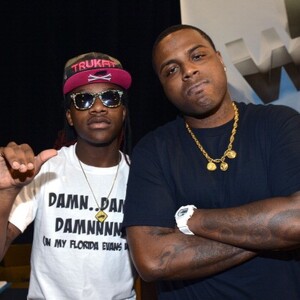