What is Boosie Badazz's net worth?

Boosie Badazz, also known as Lil Boosie, is an American rapper who has a net worth of $800 thousand. He started out as a member of the group Concentration Camp before going solo. His successful singles include "Zoom" (featuring Yung Joc), "Wipe Me Down" (featuring Foxx and Webbie), "Better Believe It" (featuring Webbie and Young Jeezy), and "Show Da World" (with Webbie featuring Kiara). He was featured on the single "Independent" (featuring Lil Phat) which reached #1 on the US Rap chart.

He was born Torrence Hatch on November 2, 1982 in Baton Rouge, Louisiana. The neighborhood where Lil Boosie was raised was extremely dangerous. Local police were frequently too scared to even come near the neighborhood. Boosie grew up father-less after his dad was murdered. Boosie began rapping when he was just 14 years old as a release from the violence he saw every day and from living in an unstable home.

In 2008, Lil Boosie launched his own record label, Bad Azz Entertainment. He released his fourth album, "Incarcerated" from jail after being arrested on drug charges. While in prison, Boosie also earned his GED. He was released early in March 2014. That same year he started going by the name Boosie Badazz. In 2015 he released his first album under the new name, "Touch Down 2 Cause Hell". That album reached #2 on the US Rap and US R&B charts and #3 on the Billboard 200 chart. He released the album "BooPac" in 2017 and several additional albums including 2020's "In House". 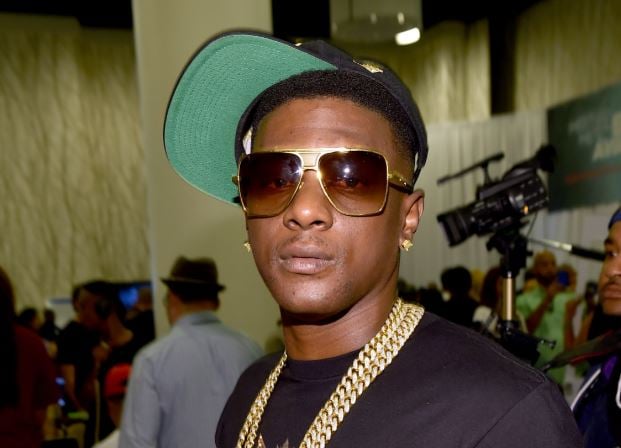 Boosie has eight children from six women. He has three children with his long time girlfriend Walnita Decuir. Walnita was arrested in 2010 after attempting to bring Boosie narcotics in jail.

In December 2020 Boosie claimed he was planning to sue Facebook CEO Mark Zuckerberg for $20 million over the rappers banishment from Instagram. In an interview with VladTV, Boosie claimed being banned from IG dried up many business opportunities and potentially cost him as much as $20 million in lost potential deals. At the time he made the claim he hadn't actually filed the lawsuit and it was unclear if he was serious.

Boosie has been arrested and imprisoned on a number of occasions. In 2010 he was indicted on first-degree murder charges and possession with intent to distribute narcotics. Prosecutors would later state that they believed Boosie was potentially involved in "at least five other murders." He was ultimately found not guilty on the murder charge but guilty on the narcotics charges. He was sentenced to eight years in state prison.

He was released from prison in 2014 after his attorneys successfully argued that Boosie had been set up by informants.

In February 2020 Boosie was heavily criticized after making disparaging comments about Dwyane Wade's 12-year-old daughter who had come out as transgender.

In May 2020 Boosie uploaded a (now-deleted) video to Instagram in which he reportedly bragged about paying an adult woman to perform a sex act on his underage nephew.

In October 2021 Boosie came under fire again, this time after he Tweeted out an anti-gay rant targeted at Lil Nas X. The Tweet encouraged Lil Nas X to take his own life. Twitter removed the post 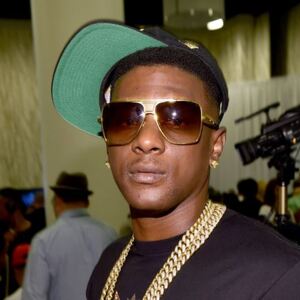