Lil Bibby Net Worth: Lil Bibby is an American hip hop recording artist who has a net worth of $6 million. Lil Bibby was born in Chicago, Illinois in July 1994. His first mixtape Free Crack was released in November 2013. He has said that the album titled had links to the Kanye West track "Crack Music" and also named Jadakiss and Drake as influences.

Free Crack featured King L and Lil Herb and is hosted by DJ Scream. Music videos from the mixtape for the songs "How We Move", "Change", Water", and "Tired of Talkin" have been released. Lil Bibby was named as a rapper to watch in 2014 in Vibe magazine. He also appeared in the 2014 XXL Freshman class list. Bibby has appeared on songs by N-Tune, Gianni Blu featuring King L and EMP Dasme, Juicy J featuring Nicki Minaj and Young Thug. He was featured on the 2014 remix of the single "Main Chick" by Kid Ink which also featured Chris Brown, French Montana, Yo Gotti, and Tyga. Bibby's debut studio album The Book is scheduled to be released sometime in 2014. His second mixtape Free Crack II is also scheduled to be released at a date to be announced. Lil Bibby operates the music label Grade A Productions which in addition to releasing his own music represents a number of young artists. One of his best label signings has proven to be Juice Wrld, whose debut album reached #4 on the Billboard album chart. 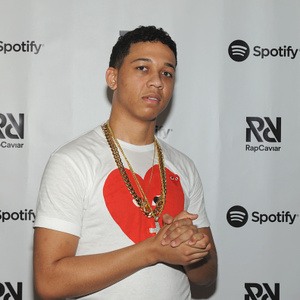