What is Lil Baby's Net Worth?

Lil Baby is an American rapper who has a net worth of $5 million. His debut studio album, 2018's "Harder Than Ever," was certified Platinum and reached #3 on the "Billboard" 200 chart. His follow-up, 2020's "My Turn," was even more successful, topping the "Billboard" 200 and Top R&B/Hip-Hop Albums charts and going 3x Platinum. Lil Baby has also released several mixtapes and has collaborated with numerous artists, such as Gunna, Moneybagg Yo, Ralo, Lil Uzi Vert, Kodak Black, Gucci Main, Offset, Young Thug, Lil Yachty, and Lil Durk. In 2020, he directed his "On Me" music video as well as the Rylo Rodriguez music videos for "Hear This" and "Walk" (which featured Lil Baby and 42 Dugg). Lil Baby's hit singles include the 6× Platinum "Yes Indeed" (with Drake) and the 9x Platinum "Drip Too Hard" (with Gunna), which both reached #1 on the Mainstream R&B/Hip-Hop Airplay chart and cracked the top 10 on the "Billboard" Hot 100 chart.

Lil Baby was born Dominique Armani Jones on December 3, 1994, in Atlanta, Georgia. His father left when Lil Baby was 2 years old, and he was raised by his single mother. He grew up with two sisters and dropped out of Booker T. Washington High School during his freshman year. In 2012, Lil Baby was arrested on several charges, including possession with intent to sell. His lawyer tried to convince him to take a two-year plea deal, so Lil Baby hired a new lawyer who got him into a program that would just hold him for a year. While taking part in this program, he got in a fight with a prisoner who made racial remarks, and Lil Baby then had to serve the original two-year deal. In 2013, he was charged with marijuana possession, and the following year, he was charged with possession of marijuana with intent to sell. Lil Baby began his rap career after two years of incarceration, with Quality Control Music and his own label, 4PF (4 Pockets Full).

Lil Baby released his debut mixtape, "Perfect Timing," in April 2017 and followed it with "Harder Than Hard" in July, "2 The Hard Way" (with Marlo) in October, and "Too Hard" in December. "Too Hard" went Gold and peaked at #80 on the "Billboard" 200 chart and #33 on the Top R&B/Hip-Hop Albums chart. The mixtape featured the single "Freestyle," which was certified 2× Platinum; the "Freestyle" music video has been viewed more than 400 million times on YouTube. Another single from "Too Hard," "All of a Sudden" (featuring Moneybagg Yo), went Platinum and reached #20 on the Mainstream R&B/Hip-Hop Airplay chart. Lil Baby released the studio album "Harder Than Ever" on May 18, 2018, and it featured the Gold single "Southside" and the 6x Platinum single "Yes Indeed." He then released the mixtapes "Drip Harder" (with Gunna) in October and "Street Gossip" in November. "Drip Harder" went Platinum and "Street Gossip" went Gold; both mixtapes reached the top 10 on the "Billboard" 200 chart, and "Drip Harder's" singles, "Drip Too Hard" (with Gunna) and "Close Friends," went 9x Platinum and 4x Platinum, respectively. Lil Baby appeared on Adult Swim's "FishCenter Live" in September 2018, and in December of that year, he was featured on Yung Gravy's single "Alley Oop." 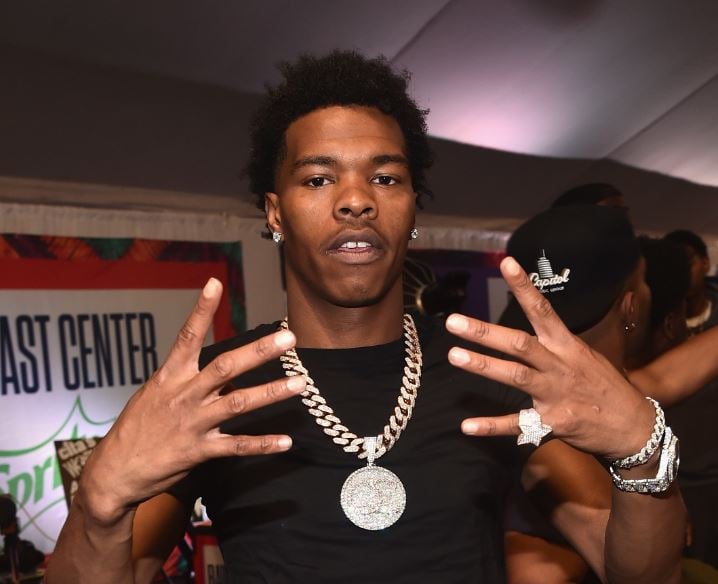 In 2019, Lil Baby appeared as himself in the MTV film "How High 2" and performed on "Wild 'N Out." He also released the singles "Phone Down" (with Stefflon Don), "Out the Mud" (with Future), "Baby" (with Quality Control and DaBaby), "Toast Up" (featuring Ali Tomineek and Shad on the Beat), and the 3x Platinum "Woah." His second studio album, "My Turn," was released on February 28, 2020, and it featured the Platinum singles "Sum 2 Prove," "Emotionally Scarred," and "The Bigger Picture." Twelve songs from the album made it onto the "Billboard" Hot 100 chart. In June 2020, Lil Baby released the protest song "The Bigger Picture" in the wake of the George Floyd protests. He donated the song's proceeds to Black Lives Matter, The National Association of Black Journalists, The Bail Project, and Breonna Taylor's attorney. The track reached #3 on the "Billboard" Hot 100 chart and earned Lil Baby two Grammy nominations. He also performed the song at the 2021 Grammy Awards. In March 2021, he was featured on Drake's single "Wants and Needs," which peaked at #2 on the "Billboard" Hot 100 chart. In June 2021, he released the collaborative album "The Voice of the Heroes" with Lil Durk, and it reached #1 on the "Billboard" 200 chart.

Lil Baby and model/entrepreneur Jayda Cheaves welcomed son Loyal on February 18, 2019. The couple began dating in 2016, and Cheaves appeared in his "Close Friends" music video. Lil Baby also has a son, Jason, from a previous relationship with a woman named Ayesha. In May 2021, the rapper joined George Floyd's family at the White House on the one-year anniversary of Floyd's murder. They met with President Joe Biden and Vice President Kamala Harris about passing the George Floyd Justice in Policing Act. In July 2021, Lil Baby was arrested for cannabis possession in Paris. The next morning, he was released from police custody and ordered to pay a fine. 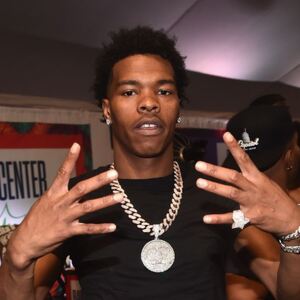