Ladybug Mecca net worth: Ladybug Mecca is an American rapper who has a net worth of $800 thousand. Ladybug Mecca is best known for being a member of the hip hop trio Digable Planets. The group formed in 1987 and released their debut studio album Reachin' (A New Refutation of Time and Space) in 1993.

Their second album Blowout Comb was released in 1994. Digable Planets also released the compilation album Beyond the Spectrum: The Creamy Spy Chronicles in 2005 and the live album Digable Planets Live in 2017. Their first single "Rebirth of Slick (Cool Like Dat)" reached #1 on the US Rap chart, #6 on the US R&B chart, and #15 on the US Hot 100 chart. Their single "Where I'm From" reached #7 on the US Rap chart. Ladybug Mecca released her solo album Trip the Light Fantastic in 2005. She has also been a member of the groups The Dino 5 who released their self-titled debut album in 2008 and the group BROOKZILL! which released their debut studio album Throwback to the Future in 2016. 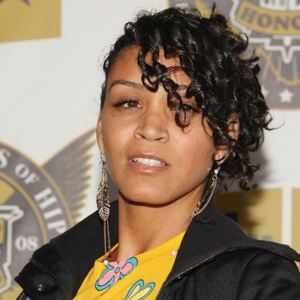